A quick note of thanks to the Beatles for inspiring the title for this series of posts. This is the ninth in a series of posts written about our trip that will be published four weeks to the day of the trip.

Happy Mothers’ Day. Today’s goal is to make it to my other cousin’s home at Randolph, NJ, however, we had too much fun visiting my cousin in Ohio that we got a late start to the day. 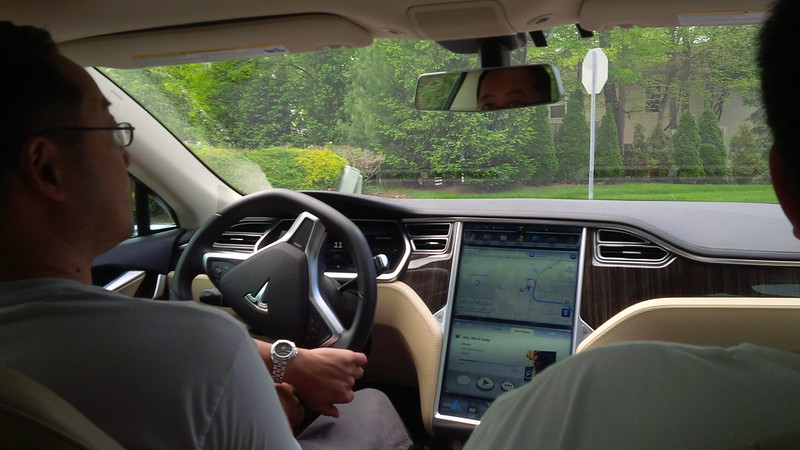 My cousin finally got to take a spin in the the Model S before we rolled out for our trip today. Needless to say, he was floored. I reminded him that we have an S85 and not the P85D, and that the acceleration and torque that he experienced is more “reserved” than the top of the line Model S. I even reminded him that the Cleveland-Lyndhurst Sales and Service Center that we went to a few days before had an abundance of CPO Model S in stock, ready for delivery. So, here’s to hoping that another Model S joins the extended family. 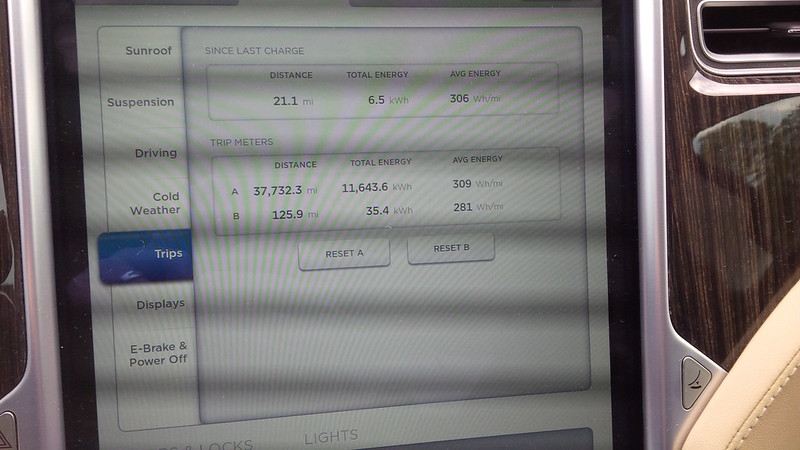 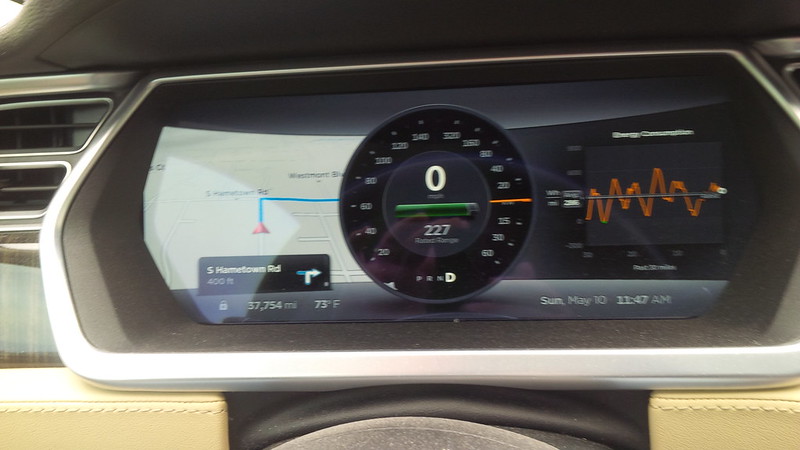 For some reason, we reset the start of day mileage.  Mental error, I guess. 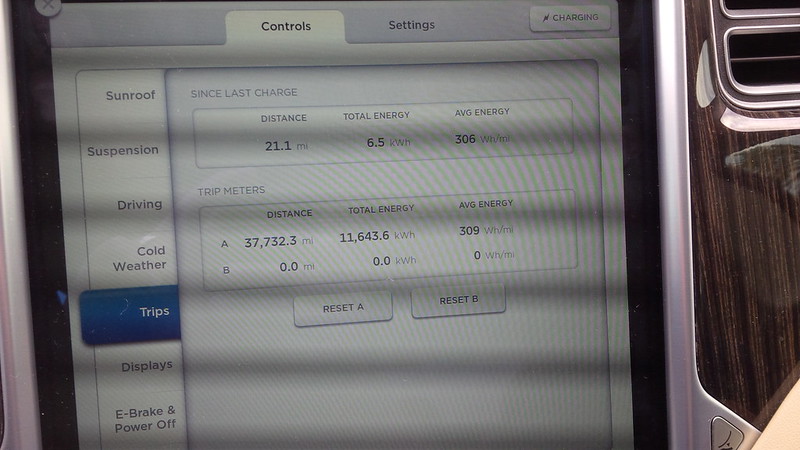 One thing that stands out to this California driver, since Illinois, is the abundance of toll roads that one needs to traverse through to get from point A to point B (and many points in between.) Growing up in Southern California, tolls are the exception and not the rule. Additionally, most locations in Southern California now do not take cash for the toll roads. One must use the transponders to use these toll roads. In the East, it seems that most of the toll roads still take cash, and we opted NOT to sign up for any of the toll transponders as we didn’t know where to get it, nor how to refill and the like. Some states toll authority allowed credit cards, while others were cash only. So, I would suggest that California (or other Western drivers who are traveling East from Illinois onward) carry sufficient cash to cover the toll roads.

After driving over 2,500 miles in a few days, the drive of less than a hundred miles seems rather quick. So quick that just like that, we’re almost at the PA border. 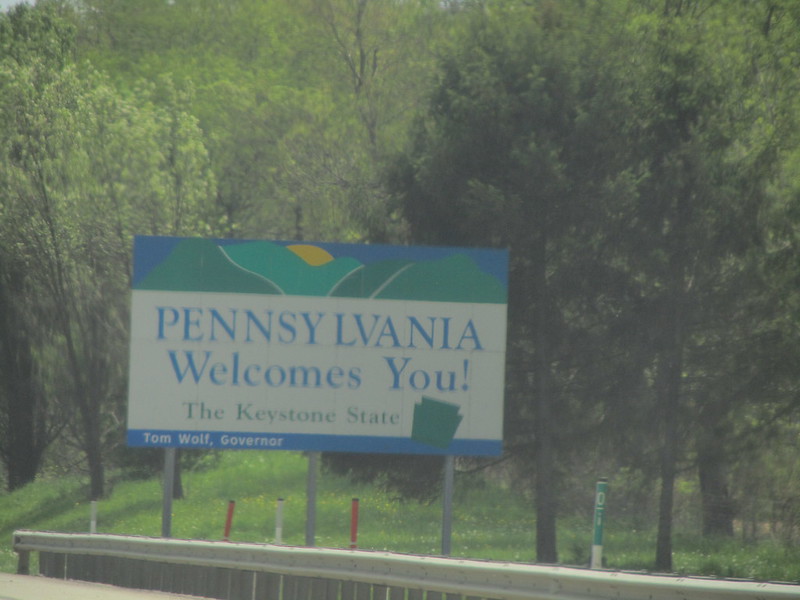 The Cranberry Supercharger was a bit of a distance from the Turnpike. I would surmise that we drove a few miles away from the exit to get to the supercharger. Followed the Navigation to the supercharger but it was sending us to the wrong side of the street. It’s way in the back of the Residence Inn. The last supercharger was blocked by some containers that the hotel seems to be using. It doesn’t seem to be a permanent installation, so I wouldn’t worry about it. 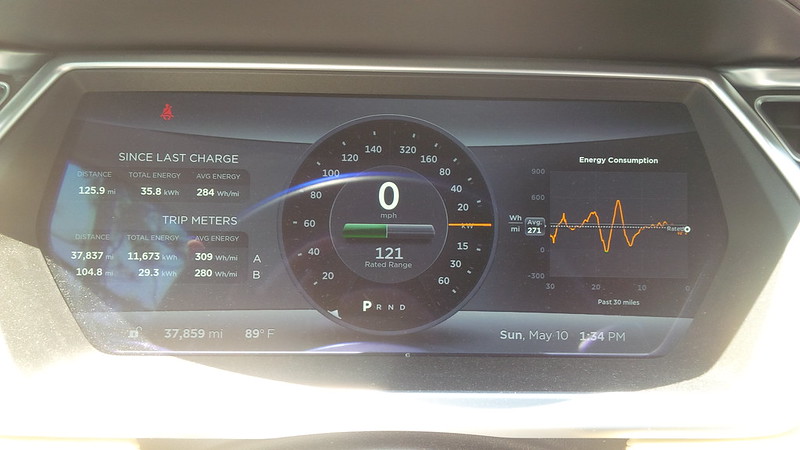 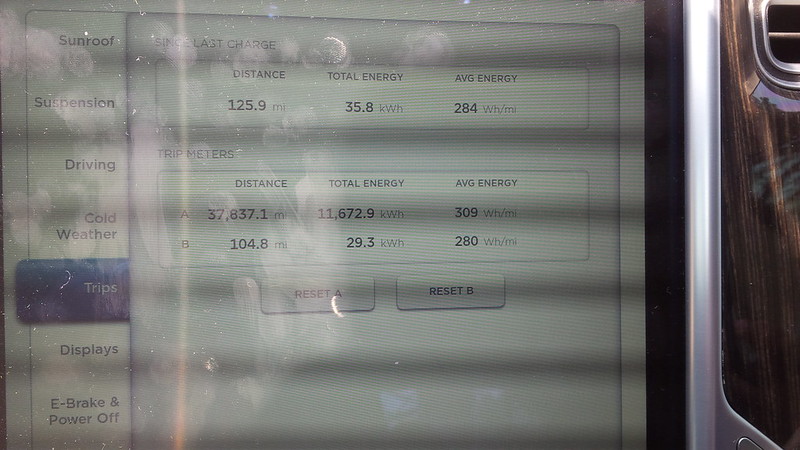 I didn’t know what to expect to the Somerset Supercharger, so we went back to our baseline for the trip to add at least 100 miles on top of the minimum required to reach the next charger, at Somerset, PA. 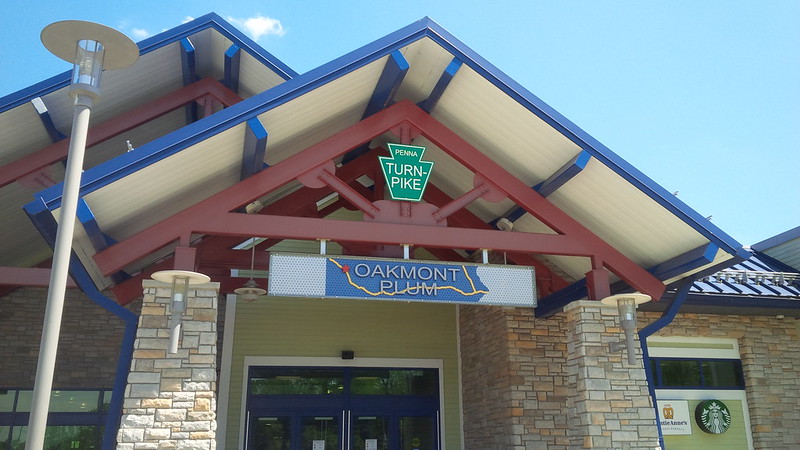 On the way to the Somerset Supercharger, I was pleasantly surprised by a familiar site – a 30A Blink Network Charger at the Oakmont Plum Rest Area. 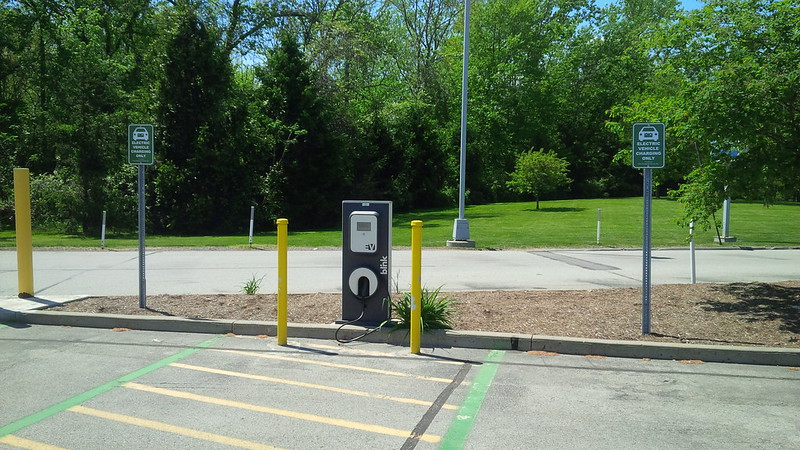 Now, this was a stop we made because I had a craving for coffee, and this location had a Starbucks, so it was a pleasant coincidence that there was an EV charger on the Turnpike. We didn’t “need” a charge, so we didn’t plug in.

Good for you Pennsylvania.

This was a supercharger that required an exit from the Pennsylvania Turnpike. The location was close to the exit and by the Wendy’s.  Since we were a stop away from Maryland, I thought to send a few tweets to some of my EV contacts from Twitter to see if they wanted to meet-up at Hagerstown.  Since it was Mother’s Day, I figured that the chances were slim to none, but decided to give it a try anyway. 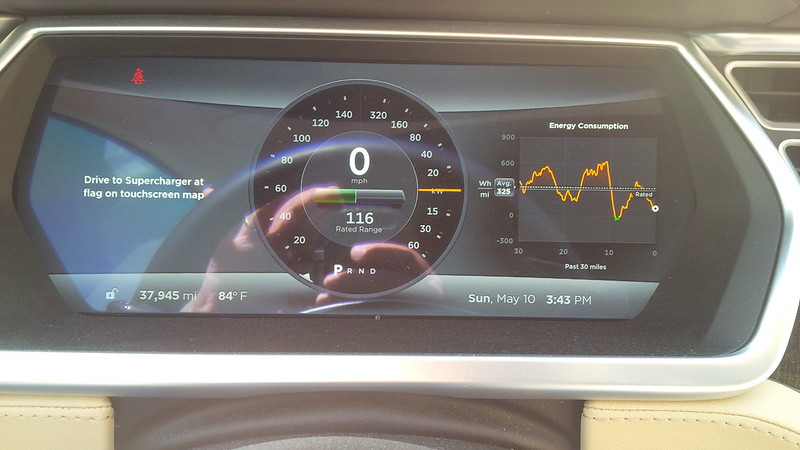 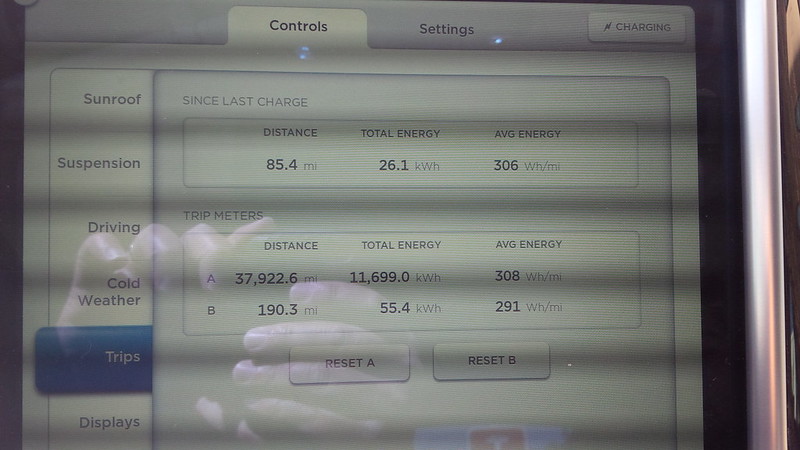 If your car is dirty from the trip, beside the supercharger is a car wash. 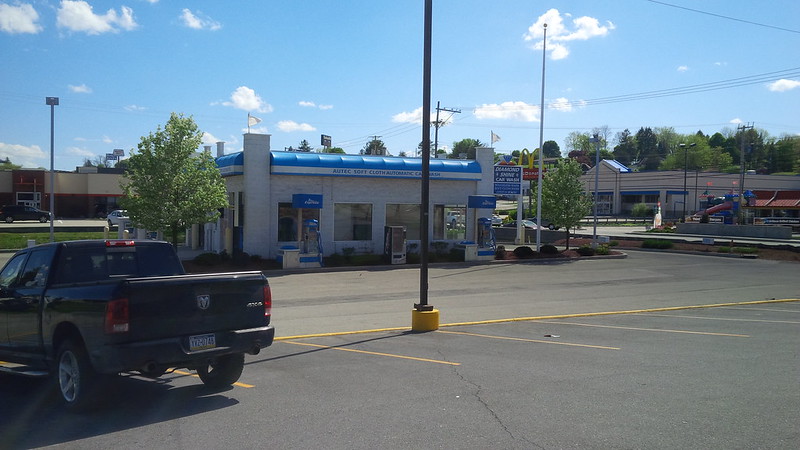 This location might be a good place to clean the car, if you’re on a long roadtrip. On the drive to Hagerstown, MD, we saw a cluster of windmills.  So, good for you for that Pennsylvania. 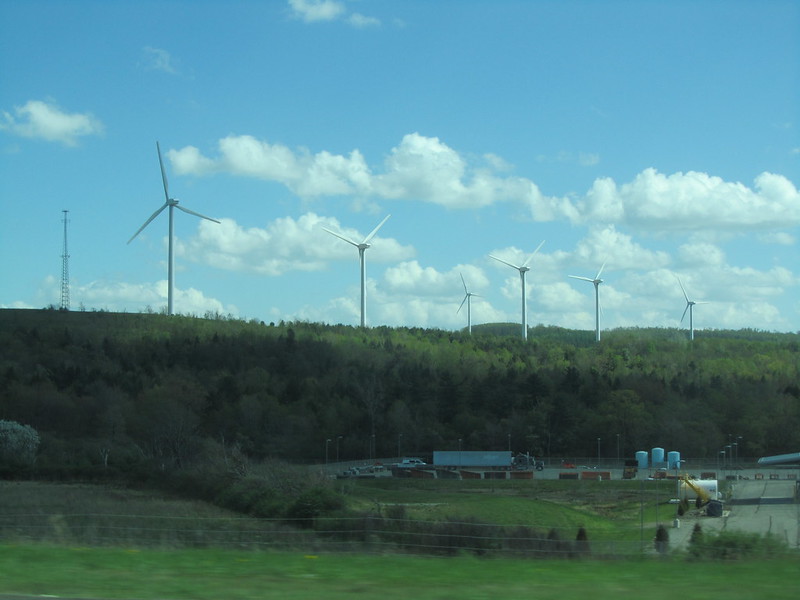 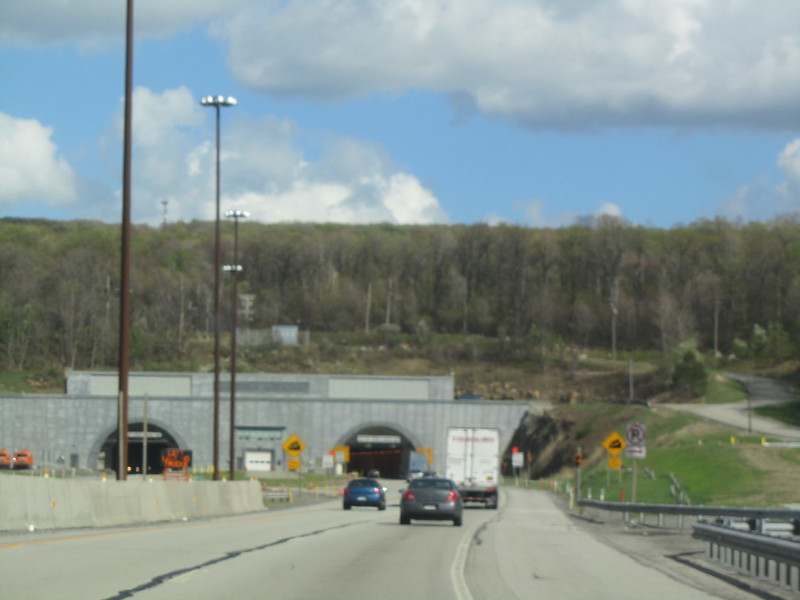 After leaving the Somerset, PA supercharger, on the way to Hagerstown, MD we reached 38,000 miles on this drive. 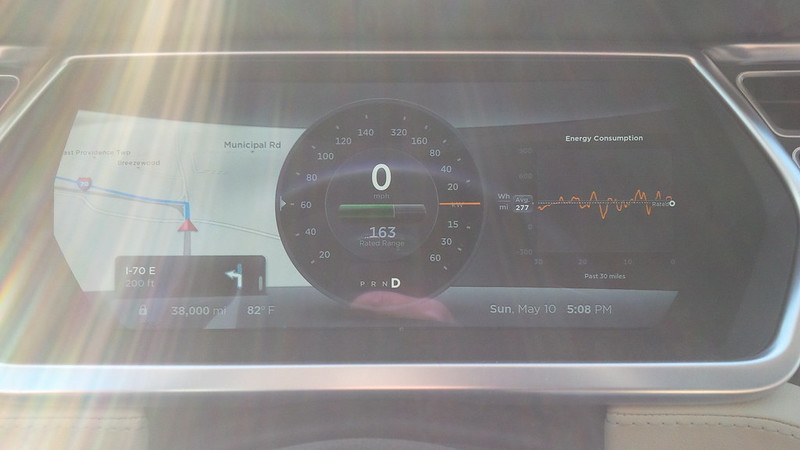 Longtime readers know how much I enjoy posting about Significant Mileage.

I made a mental note that “you know that you’re East when a few hundred miles of the drive has you going through several states,” as we pass the border into Maryland. 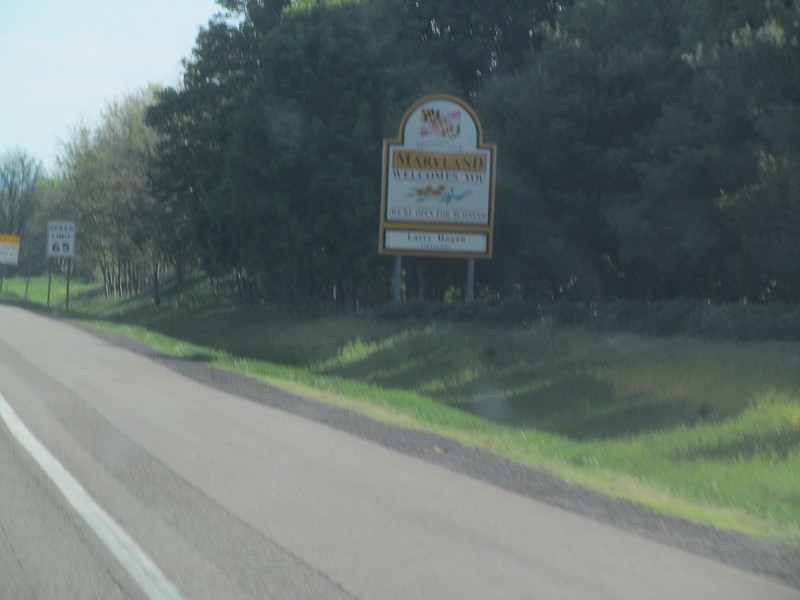 This supercharger is located in an outlet mall. When we pulled into the supercharger, I checked Twitter, and, as expected folks had prior engagements in Maryland. I’ll just reach out again the next time we’re back through here.

Arriving here around dinner time had us look for what our dining options are. We opted to go to the Longhorn Steakhouse at the entrance of the Hagerstown Outlet Mall, not quite the Maryland crab cakes I was hoping to have, but sustenance nonetheless. 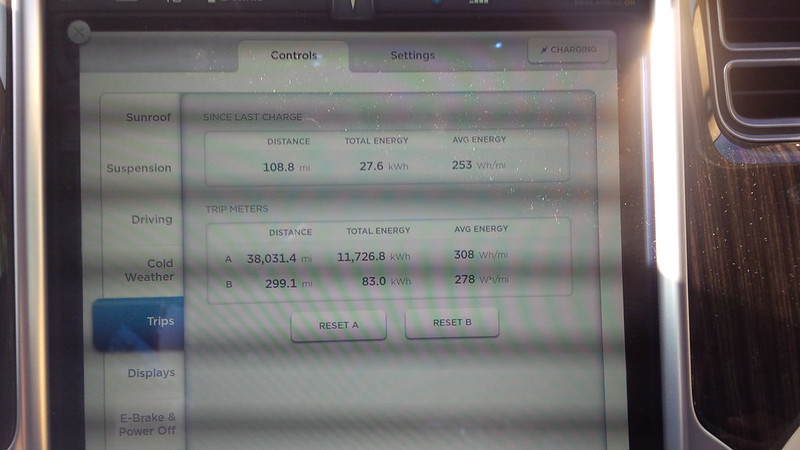 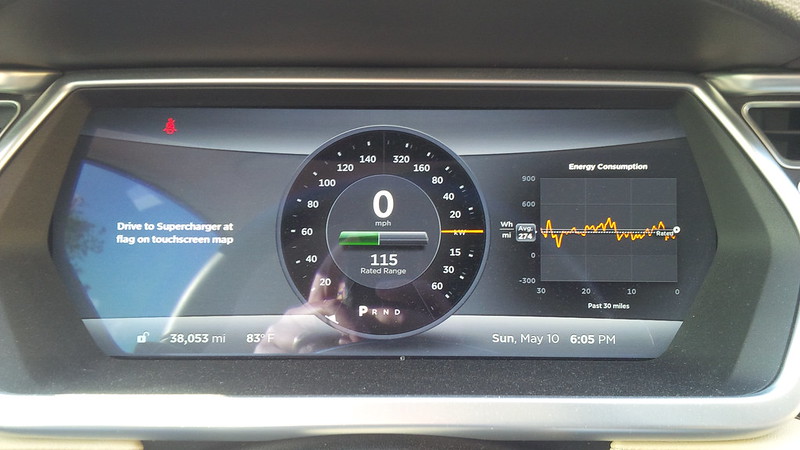 With a full car and full driver, we headed out of Hagerstown, MD for the next stop on our drive.  The next supercharger in Maryland is in Bethesda, MD, however, we’re on our way to New Jersey and could get to the Newark, DE supercharger without a stop in Bethesda.  So, we went toward Newark, DE.

You know what time it is when state line crossings end up looking blurry. My cousin in New Jersey and his wife will have to be at work on Monday and based on the time we’re crossing into Delaware, it will be too late to get to his home, so we contacted him and told him that we’ll be there on Monday night instead. Besides, we’ve never slept in Delaware before. Delaware has always been one of those states that I’ve driven through, because the crossing from New Jersey to Maryland is so quick, until now. 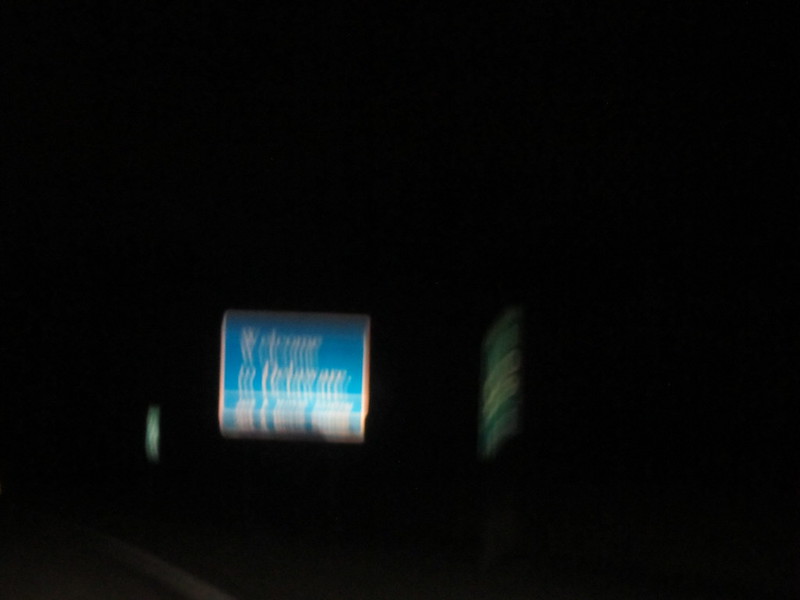 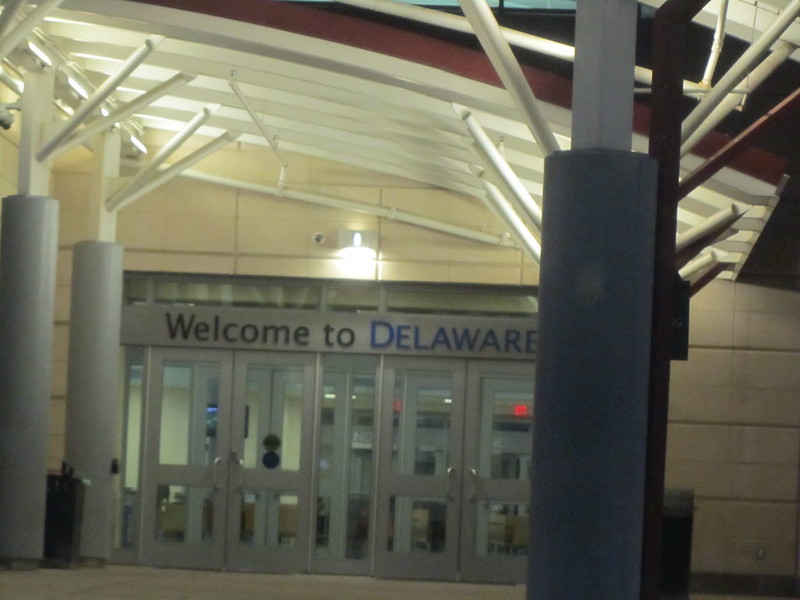 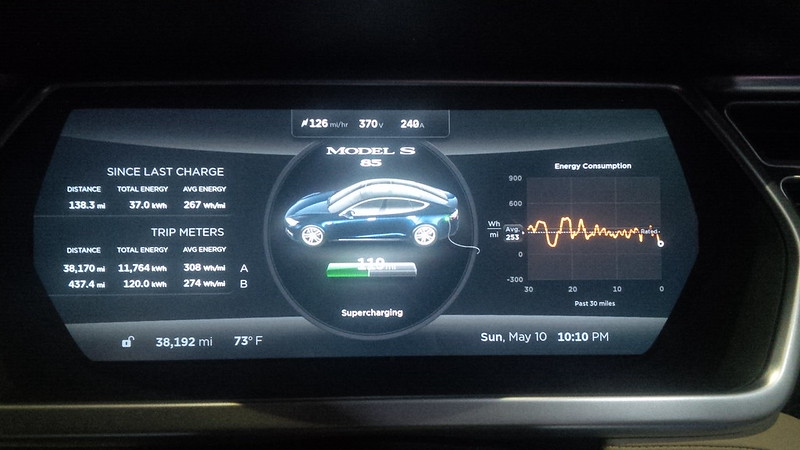 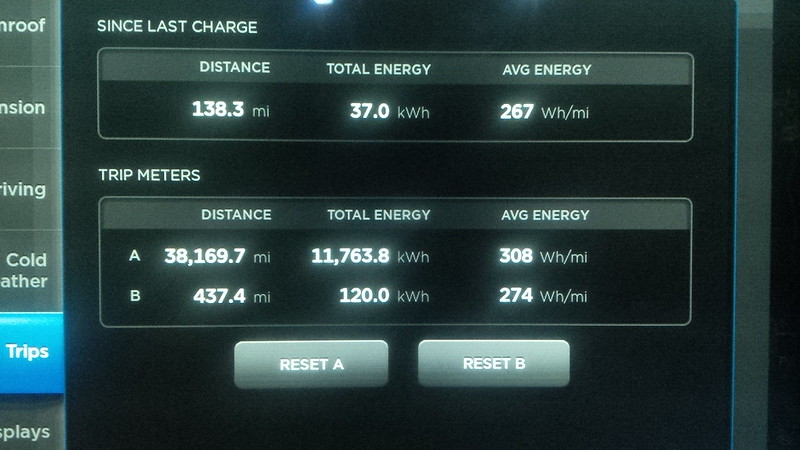 I went inside the Delaware Welcome Center to get a couple of panoramics of the inside of the restaurants for the welcome center for the beta of the (now released) Teslarati App for iOS.

There is a Starbucks in the middle of the welcome center.  Additionally, there is a SECOND Starbucks counter to the far left and off the picture (and the far left to the entrance closest to the superchargers.)

The only restaurant that was blocked by this panoramic was a Popeye’s Louisiana Kitchen.

In reading plugshare for the welcome center location, it is interesting to note for Roadster drivers that the J1772 charger at this same location is 18kW. That’s a full Roadster speed charge (based on my estimate.) [Of course, based on how the “universe” works, if one were to show up with a Roadster to plug at that location, it would probably be used by a 2011-2012 Leaf or a Chevy Volt that is drawing a 3.3kW at the maximum. But I could just be cynical. ;-)]

We decided to stay in Delaware as we’ve never slept in this state before. We found a Hampton Inn the next exit North from the Delaware Welcome Center. 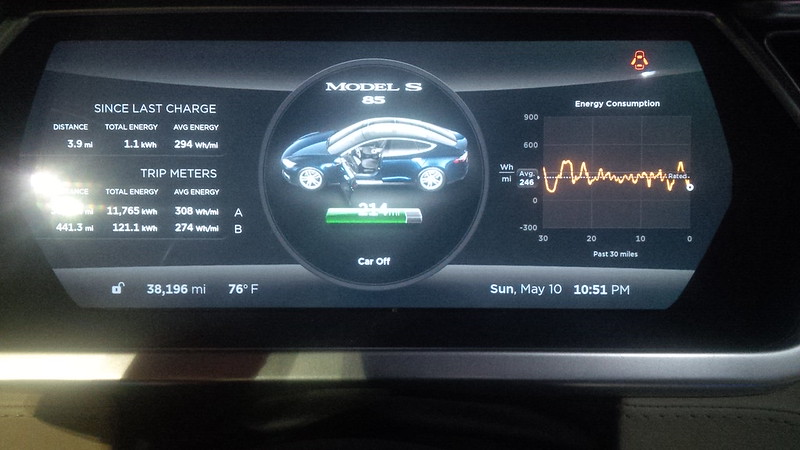 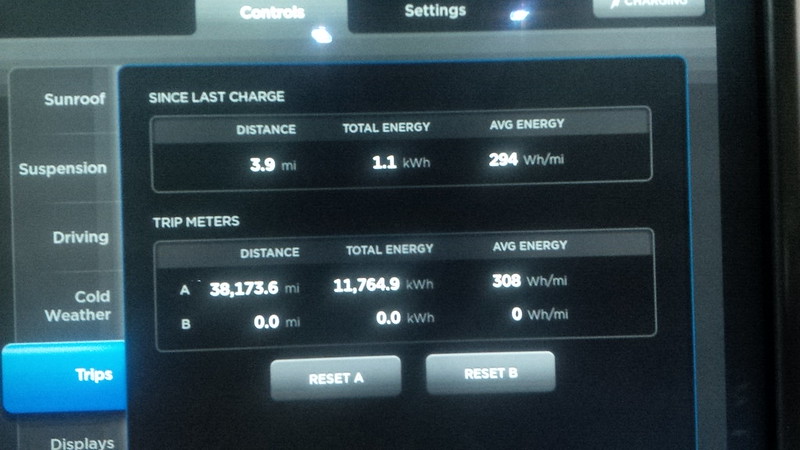 Looks like we didn’t make it to New Jersey this Sunday, but, on the plus side, we finally found “reason” to sleep in Delaware. With 214 Miles of Rated Range left, we parked the car for the night and headed in. The superchargers in New Jersey are quite close to each other. 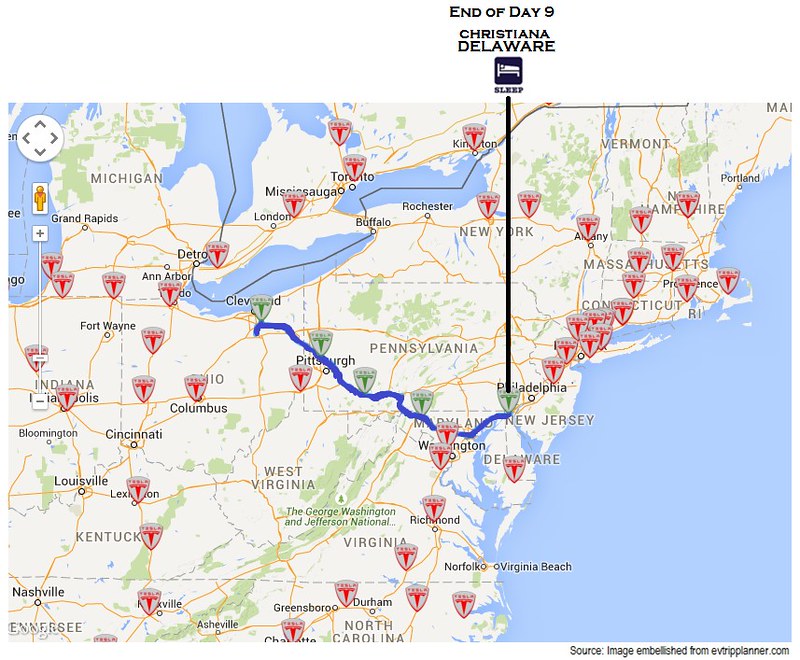