Hats off to the Proclaimers song 500 miles… But I figure this was as good as any to update on the status of the Model S as a daily driver.

Happy Tax Day… I’m glad that I filed our taxes and am expecting my refund from the Federal Government for the purchase of the Model S in 2013. 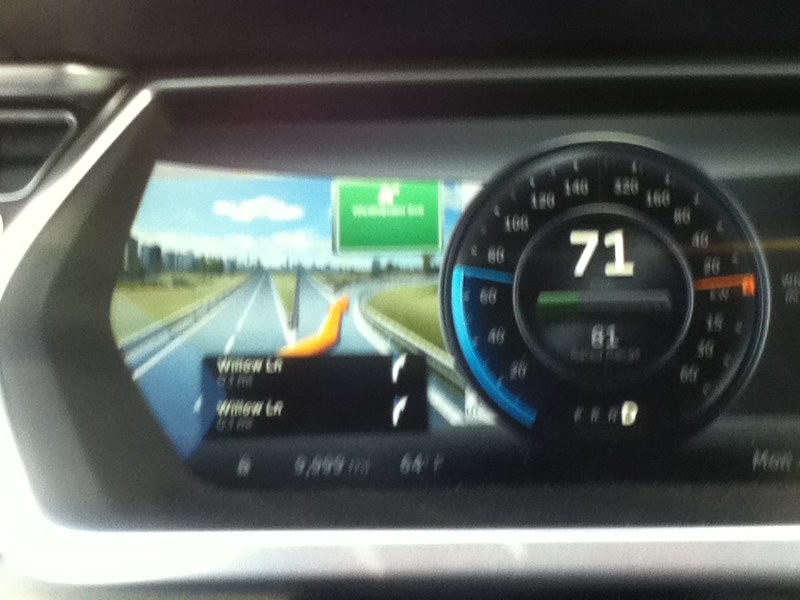 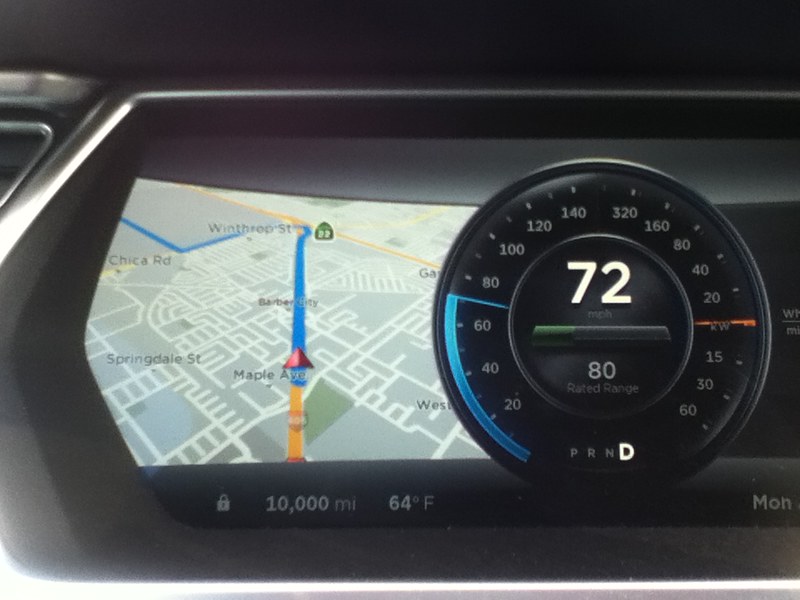 It grows on me.

I’ve found workarounds for some of the things that bugged me about the car from my comparison and deep dive amongst our three EVs when we had the Active E.

The Bluetooth is still irritating, but I’ve found a way to check emails while I’m on my commute. Luckily OWA can be accessed on the browser. No solution on text messages being sent to me and displayed, but that would be awesome. 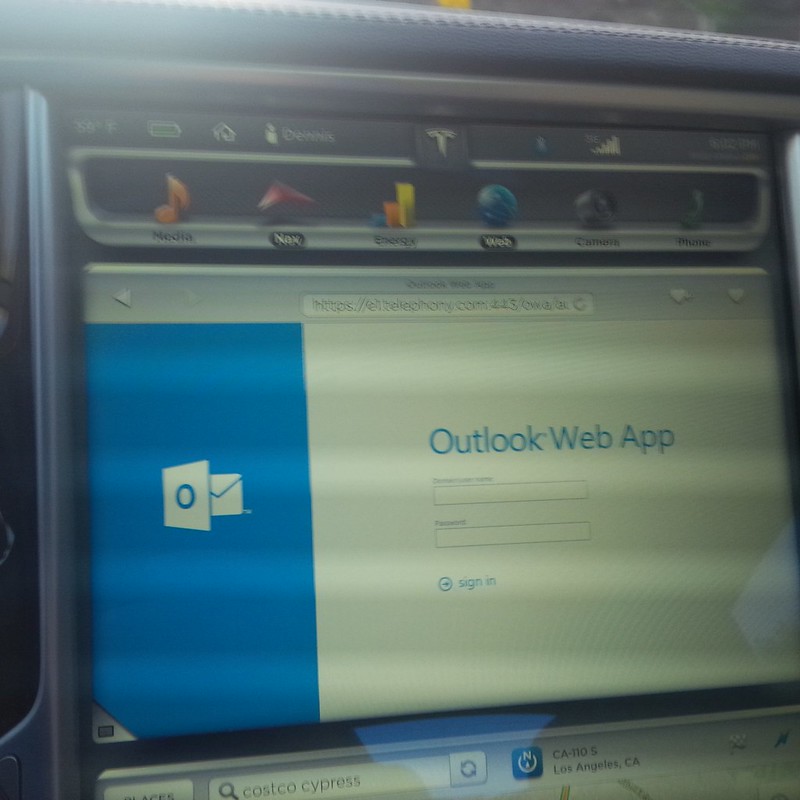 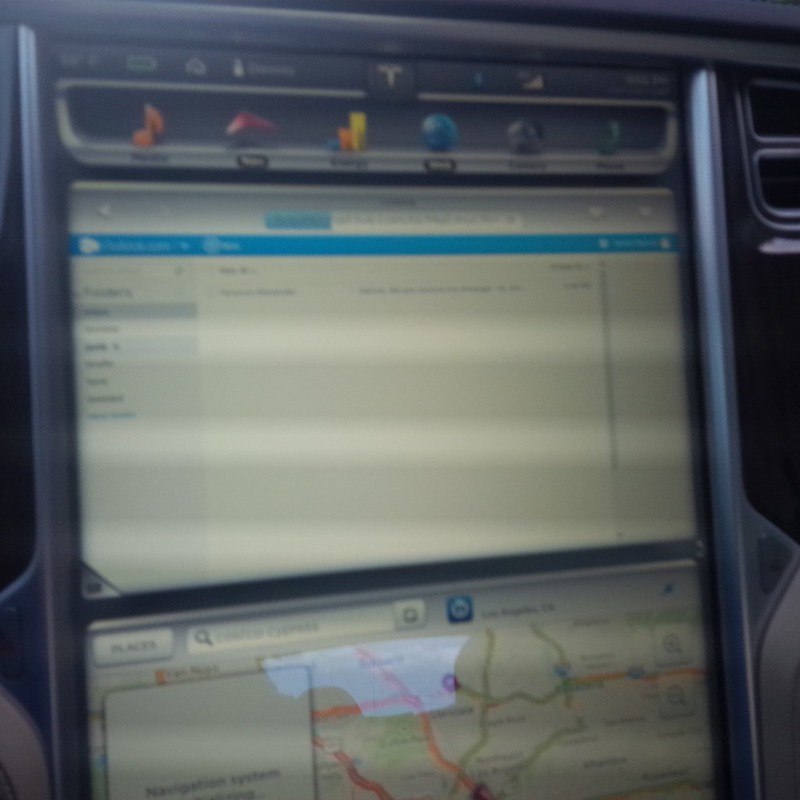 with the additional bonus of catching up on my Twitter feed 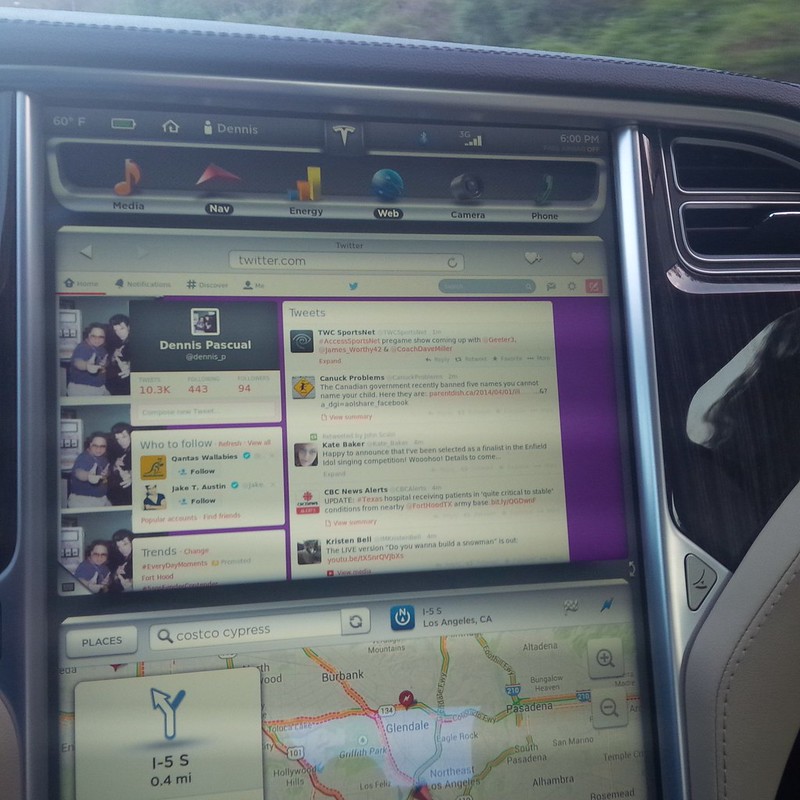 I’ve also been impressed with how they’ve handled the “recall” for the charging fire issue and the titanium underbody plate (which I have yet to schedule).

Easiest way to tell if the NEMA 14-50 that you have is the “good” one, a Grey Faceplate. Now, this particular set pictures a “bad” one on the left and a “good” one on the right. 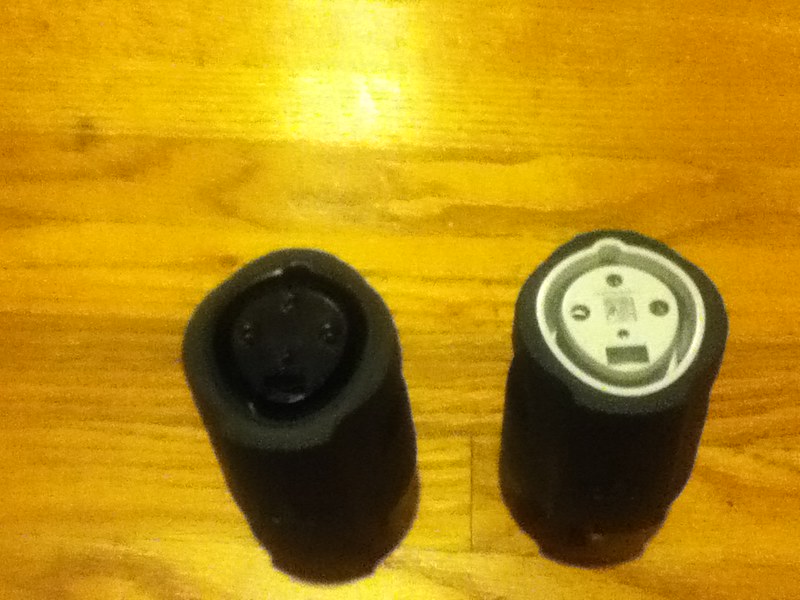 You will also note that the one on the right has a “green” dot on this side of the picture (on the top left quadrant.) This was the original solution to the “good” NEMA 14-50s. 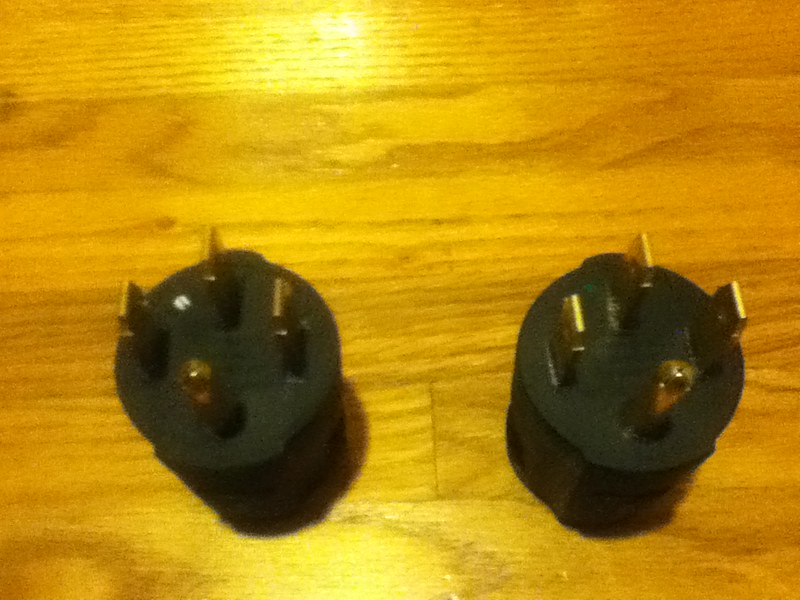 Tesla also replaced an older “good” one that did not have a grey faceplate, but had the “green” dot for my JESLA bag. 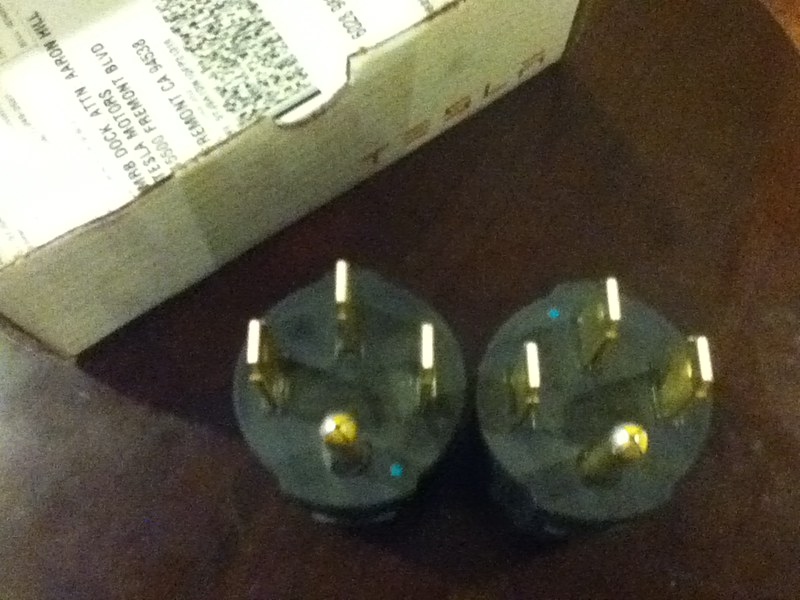 Apparently there were several fixes deployed earlier that had the fuse in the connector that had a black faceplate (as seen here) but had the green dot on the side that attaches to the outlet. 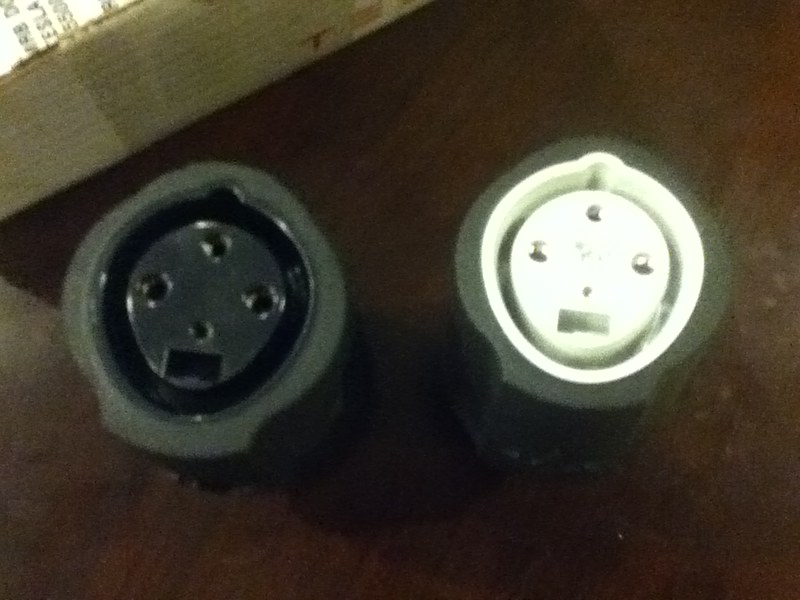 The over the air firmware patch with the addition of a replacement module that they can just send via overnight mail/Fedex is a lot more convenient than having to schedule time at a dealership/service center for the work.

However, the AM Radio problem is getting to me. It is quite unusable.

It is still a large car, but I am more familiar with it and enjoy the ability to cut in front of others, I just have to be more cognizant of how much space the S takes. Additionally, I enjoy the changes in Air Suspension that the car can do with firmware 5.9, being able to drive faster in High and Super High mode. The navigation changes have made it easier to get frequently used locations on the screen faster. And I enjoy the color change between visited and supercharger locations. I would like to have a third color for the chargers that were visited at LOW Amperages (user define? 24A and below perhaps?)

Some thoughts on how to get some Tesla growth… Others have mentioned it, and I’d champion it, a Tesla App Store. Open up development for the center console for Apps that owners can purchase for their respective vehicles. I’d love to use Sirius Internet streaming natively rather than pair an iOS or Android device over Bluetooth. Since the Bluetooth only connects to one device at a time, it would be difficult for those of us that don’t use Android or iOS for their main phone (I use a Blackberry).