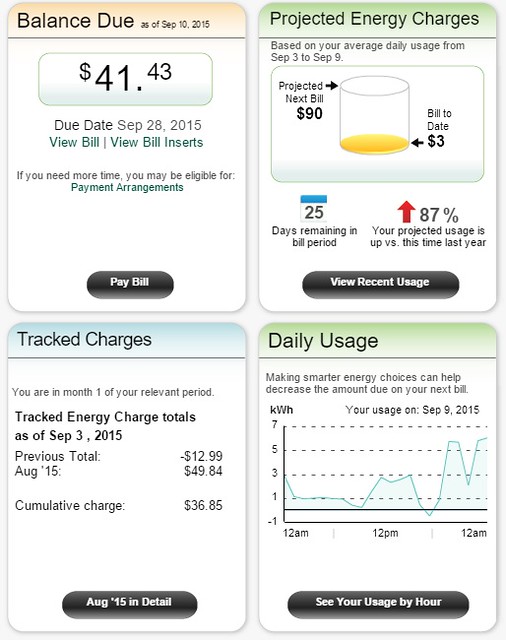 A few months ago I published a guide to install the MyEV on our Tesla Model S. What I didn’t share in the original post, but did on subsequent comments is the purpose of the support of the Indiegogo project – MyEV Electric Vehicle Logger and App.

Since we’re a two electric vehicle family, there is some healthy competition between my wife and I on who is the “more efficient” EV driver. The marketing for the MyEV project introduced the fun, social gaming concept using the loggers that MyCarma built for the MyEV product. Since my wife drives a 1.5 Tesla Roadster, I made sure that the folks at MyCarma are able to support her car for the purchase of the two units. I was pleasantly surprised by their positive answer.

The original version of this post was to be along the same lines of the installation guide for the Model S, but we ran into some snags with the way that the Roadster reports itself. Furthermore, it appears that we were the only Roadster owner to support the project for the Roadster. In the end of the day, the Roadster reported data at a rate that was too much for the logger. I appreciate the effort from MyCarma to try to resolve this challenge. Especially since I needed them to make the product work in conjunction with OpenVehicles.com OVMS.

Here is the Custom Roadster cable to the MyEV unit. 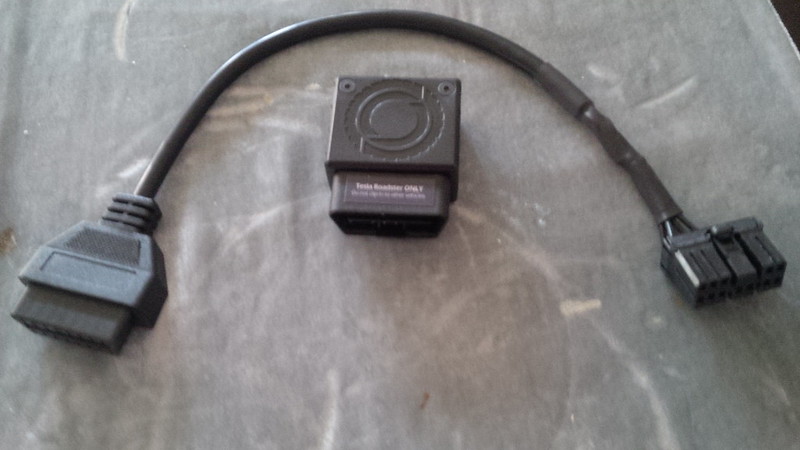 The folks at MyCarma were aware of my requirements to have the unit work with OVMS, so they sent me a Y-cable for the Tesla Proprietary diag port with custom OBD adaptor. 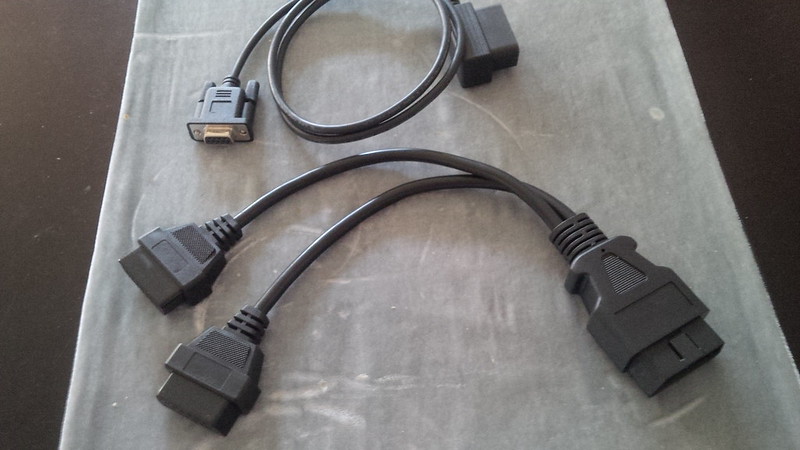 Like I said, this one is built for the Roadster 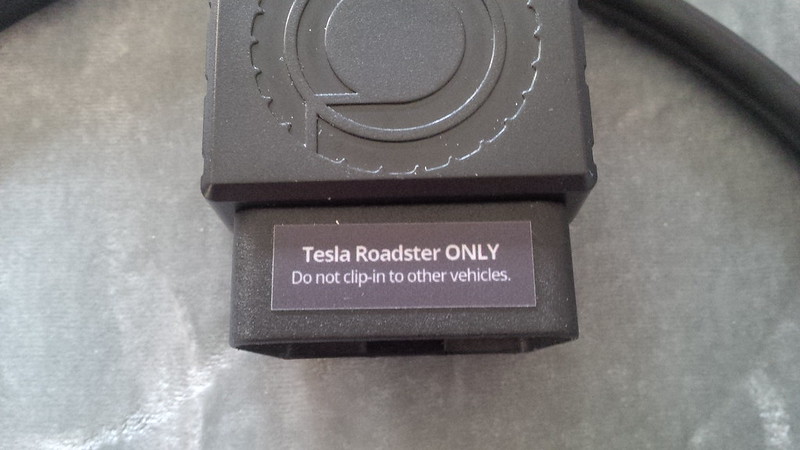 Here is the cable chained up. 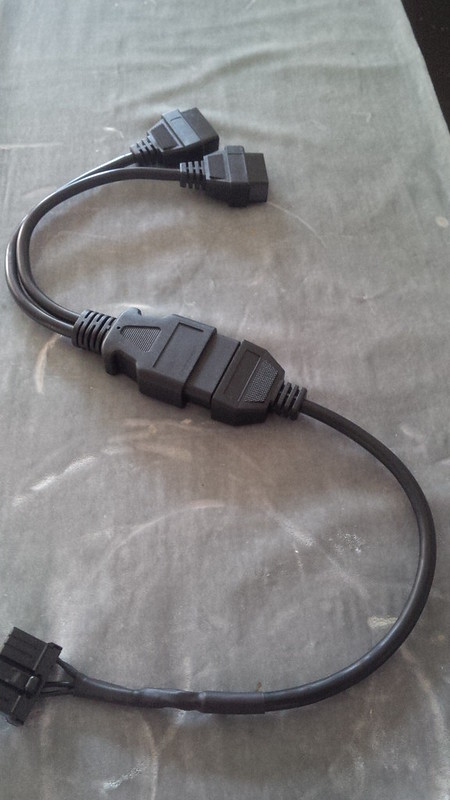 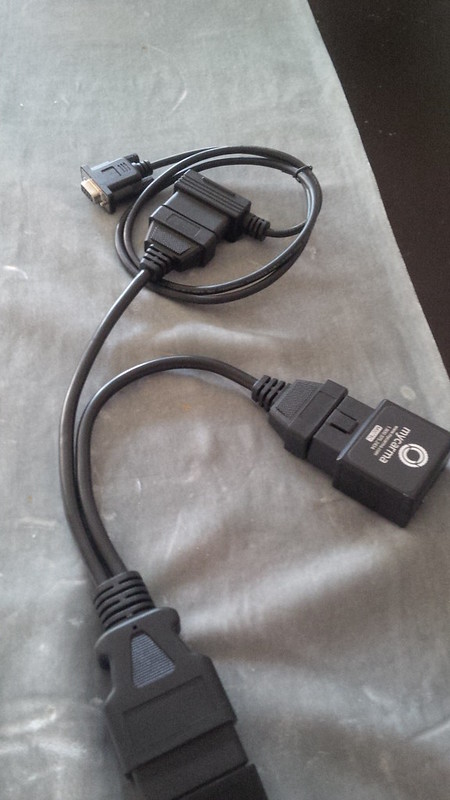 Here is the footwell with the OVMS installed in the Roadster. 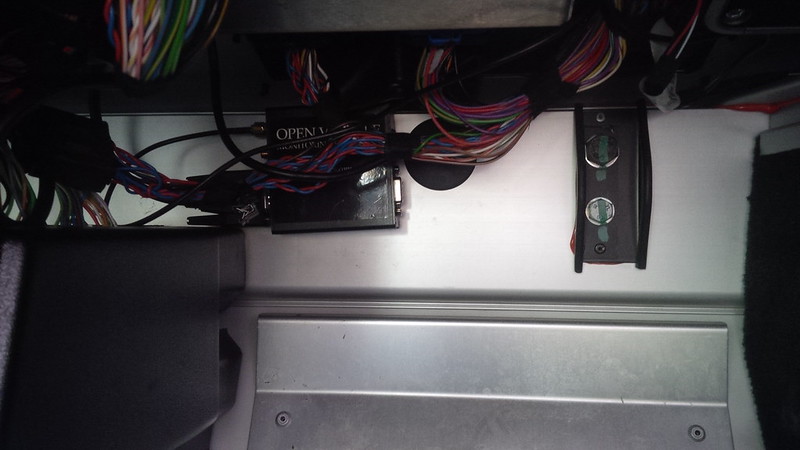 Pulled the cable and OVMS off… 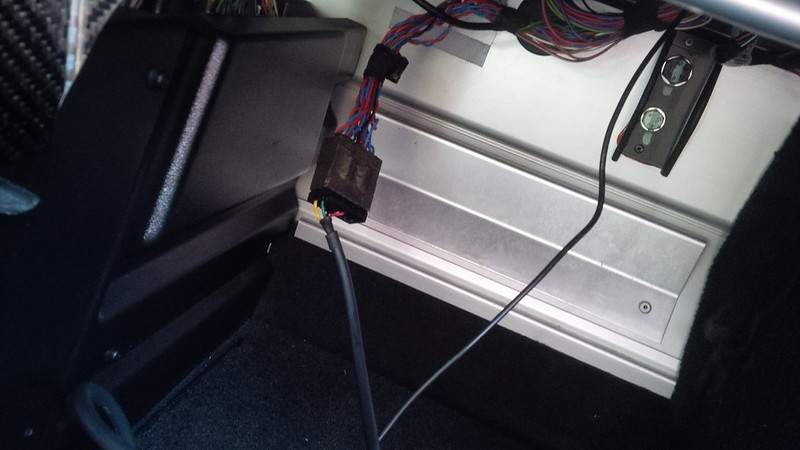 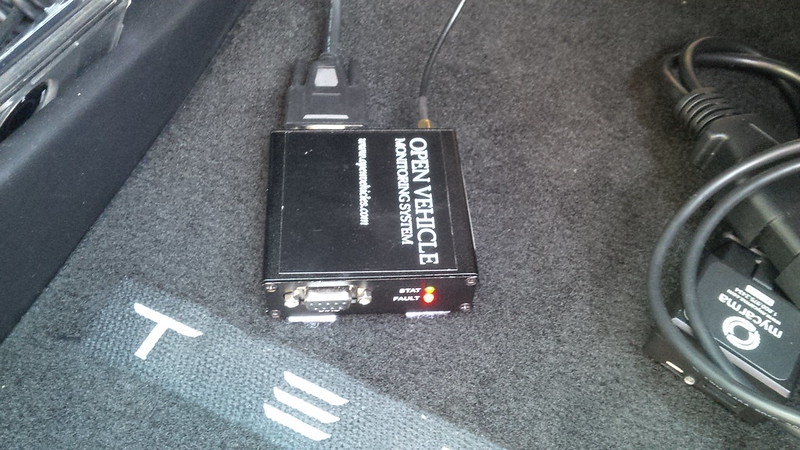 When connected, the Bluetooth connection should work. 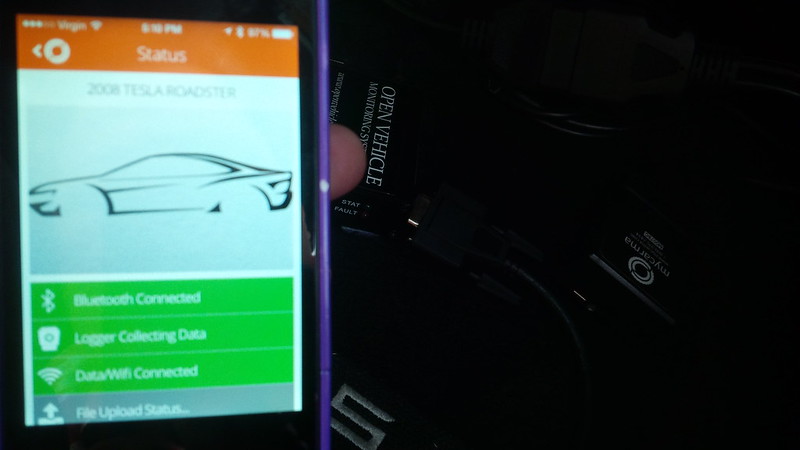 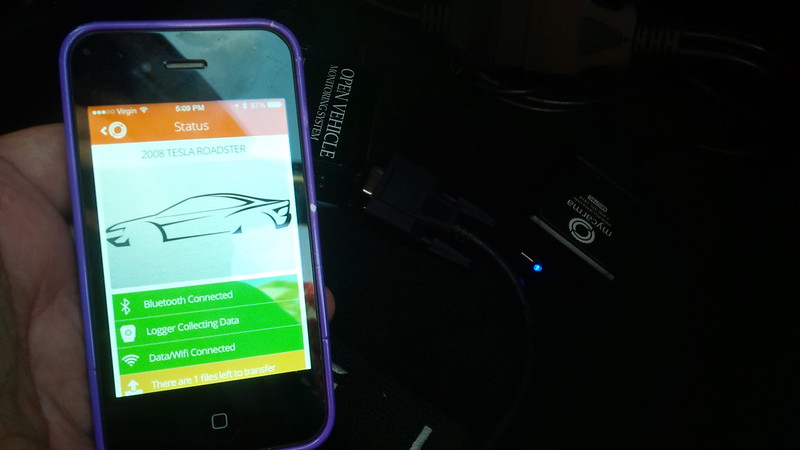 Here’s what the setup looks like, before it is tidily installed. 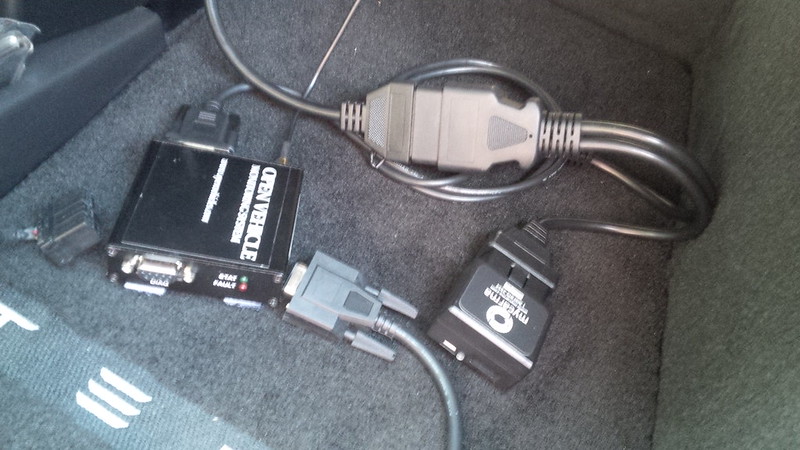 Then put it back in place. 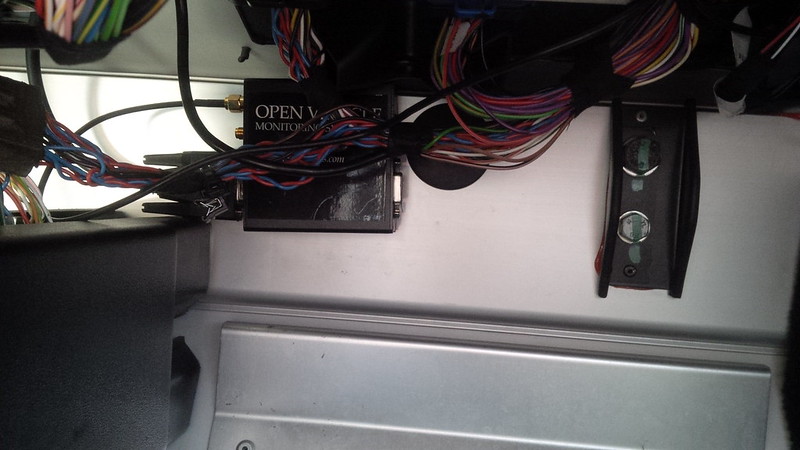 So. It all hooked up just fine. The problem lay with the fact that though it looked like the unit was logging and transferring it actually wasn’t. I tried playing around with it and finally asked for help.

Tech Support at MyCarma replaced some cables, did some programming and generally tried to help me for at least a month if not longer. At the end, since we were the only Roadster purchasers of the product, it became cost ineffective for them to figure it out and offered me a refund for the unit. I explained to them the reason why we purchased two units (one for the Model S and the one for the Roadster) and they went ahead and refunded us for both units.

The app looks like a lot of fun, but we really needed it to work for both vehicles and it was quite good customer service of MyCarma to provide us with the resolution. I continue to hope that they fix the Roadster, but lacking any further sales. It’s like Waiting for Godot.

All these screens are for the Model S as the Roadster one never really processed the data properly. The roadster processed at a speed that the logger could not figure out.

Here is the summary of the power charged for as long as the unit was plugged into the Model S. 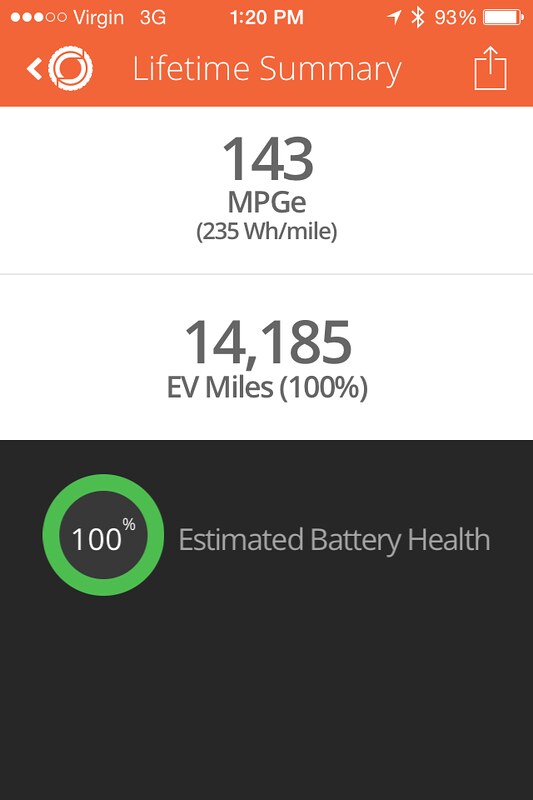 Here is the charging histogram of when the most amount of power was added to the car. Considering that the unit was installed before the start of our Here, There, and EVerywhere roadtrip in May 2015. 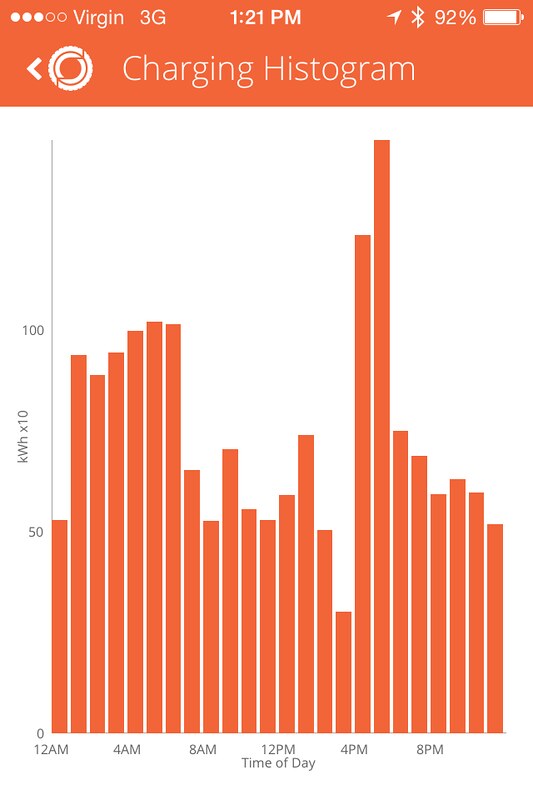 Several leaderboards, this one is for the Same Model (Model S) in the Same Region (California?) 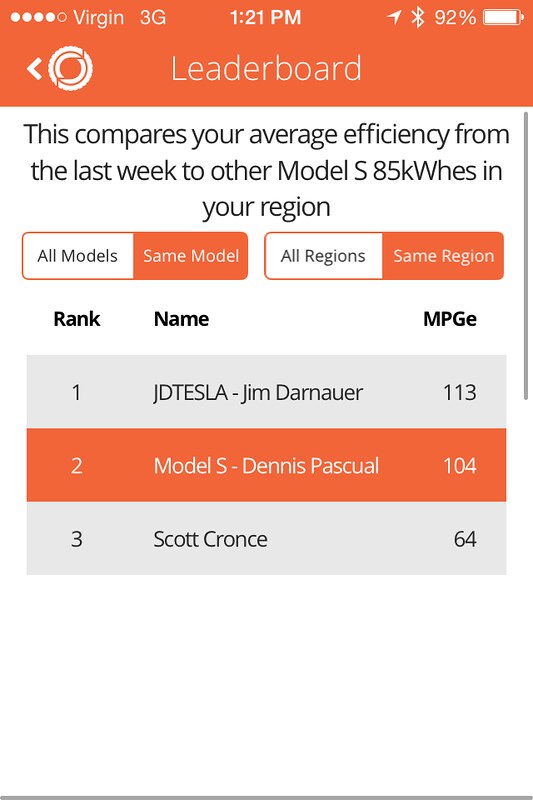 The next leaderboard is for All Cars in the Same Region. 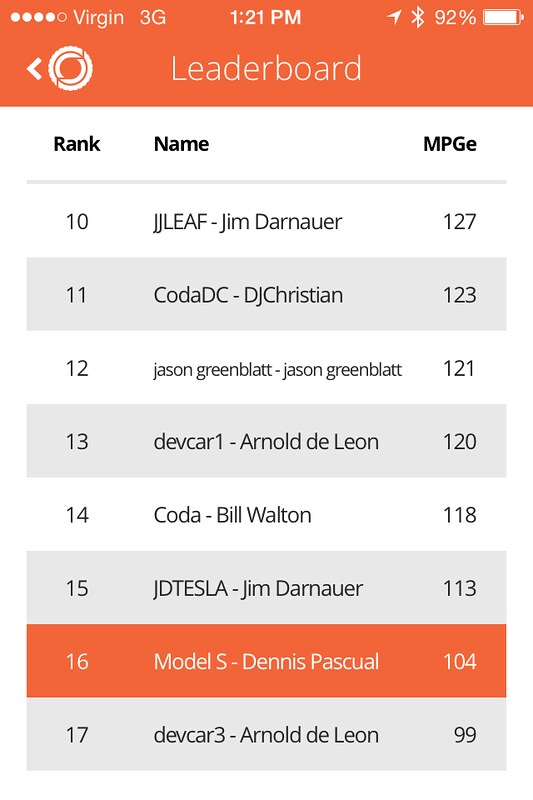 The last leaderboard is for all cars in all regions. 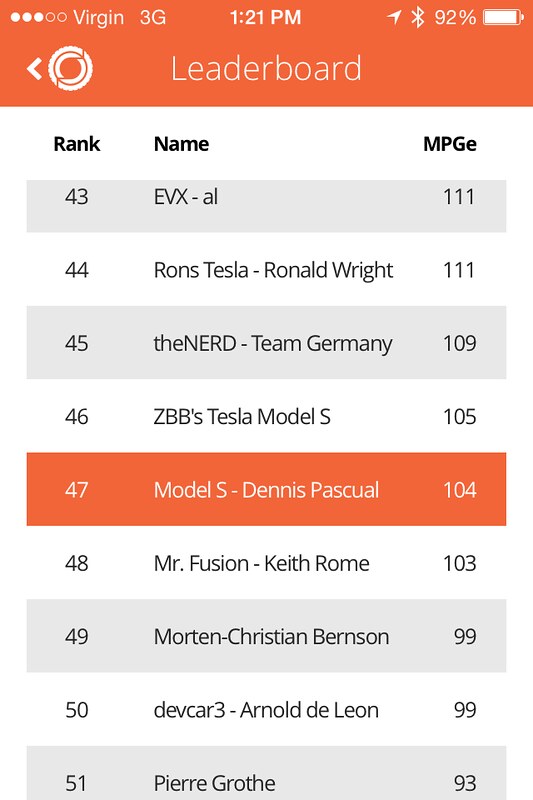 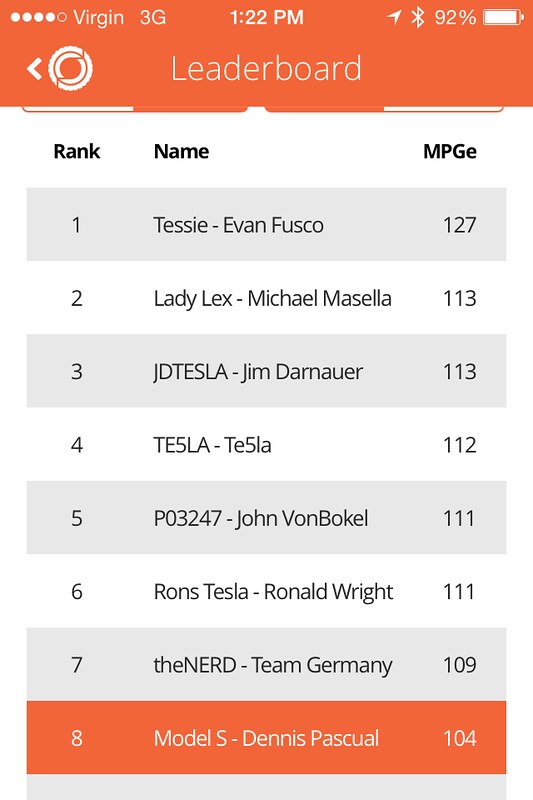