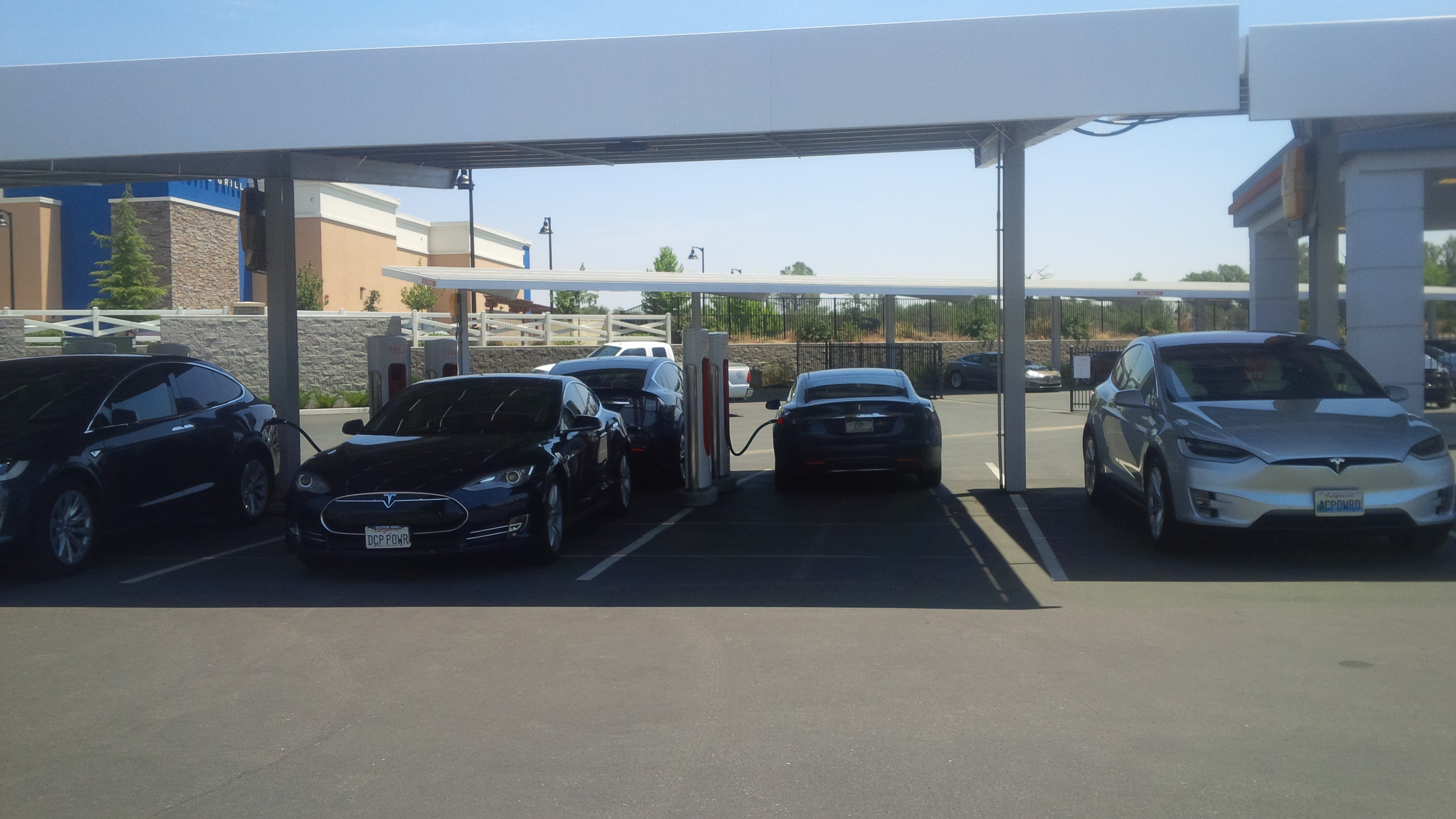 It was an unexpected honor to find myself featured in an article in last week’s New York Times.  When I was being interviewed for the article, I did not expect to be featured, but felt the need to represent my opinions as both an owner, EV advocate, and investor in Tesla. There is a fear among some early Tesla fans that the media will give us the “Broder” treatment.  I won’t be re-hashing the controversy here, but I feel that it would be foolish to approach this without considering this years old controversy.

I’m glad to confirm that the New York Times coverage was fair and all quotes attributed to me are accurate.  However, I did spend a lot more time with the writer and the nuances of my conversation with him, didn’t show.

I’ve excerpted the portion where Neal Boudette covered my comments:

Among the skeptics are some of Tesla’s biggest fans.

Take Dennis Pascual, a tech industry consultant in Long Beach, Calif., and owner of two Teslas — a Model S sedan and a two-seat Roadster, the first car Tesla put on the road. He is such a fan, in fact, that he has put down deposits to buy two Model 3 compacts once Tesla starts making the car later this year.

He also owns some Tesla stock, but is not about to buy more.

“It’s a little pricey for me to jump back in,” he said, speaking by phone from his Model S. “Right now, I think we’re in a hold.”

Moreover, he worries about Tesla’s ability to carry out the bold expansion plans it has for this year and next. Tesla’s high-profile chief executive, Elon Musk, has said the company expects to begin production this summer on its first mass-market offering, the Model 3, ramping up to 5,000 cars a month by the end of the year and driving output to several hundred thousand cars over the course of 2018.

“They really need to deliver, and that has me concerned,” Mr. Pascual said, who has worked at start-up companies and has years of experience in the technology business. “I’m bullish long term, but yes, I’m worried. I’m always worried about companies executing.”

Part of where the nuances didn’t show is my discussion with him that indicated my willingness to trade options on Tesla at the current levels, and that though this is different from additional ownership in the stock, still shows my bullishness.  So, the quotes make me look less bullish, but that’s also a function of the impressive rise in recent months.

The last quote attributed to me about being worried about companies executing is verbatim.  It’s also how I tend to balance ANY company that I invest or work for.  At the end of the day, it’s always the execution that I worry about.  Whether it’s Tesla or any other company that I am rooting for.  Missing expectations have a nasty way of biting folks in the … rear end..

It’s not everyday that I find myself in a prestigious newspaper like the New York Times, so I did what anyone would do and we went around town to buy several copies of the actual hard-copy of the paper. 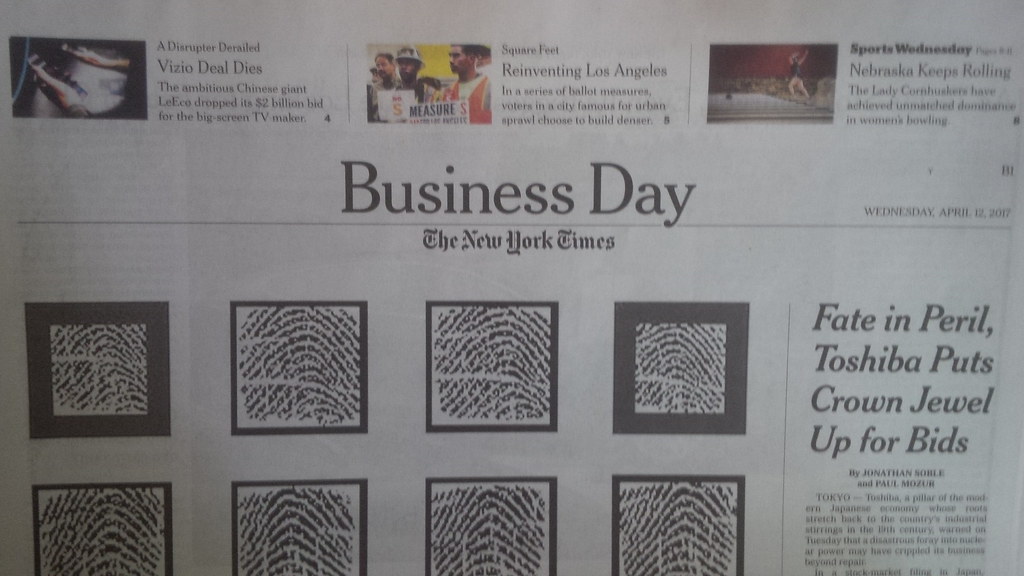 In preparation for the article, I spent a couple of hours taking pictures with Andrew Cullen and I am sure that he had a lot of great shots with my smile on it.  The best shot from Andrew was in the original link to the online version of the article that featured me in the Model S looking out.  This was what accompanied the first round of the article when it went online on April 11, 2017. 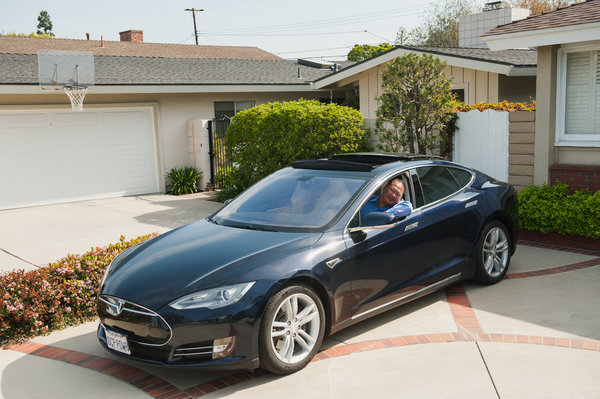 I had a smile and looked happy in that one.

However, later photos replaced that for the print and online versions on April 12, 2017.  Andrew did a great job taking photos and I have to thank him for being patient with me.  In keeping with the tone of the article, the photo editors of the paper picked some shots that made it look like I was worried.  I was far from worried, I did have the sun in my eyes for these next shots that were selected for the article, so let’s just chalk that up to great editing. 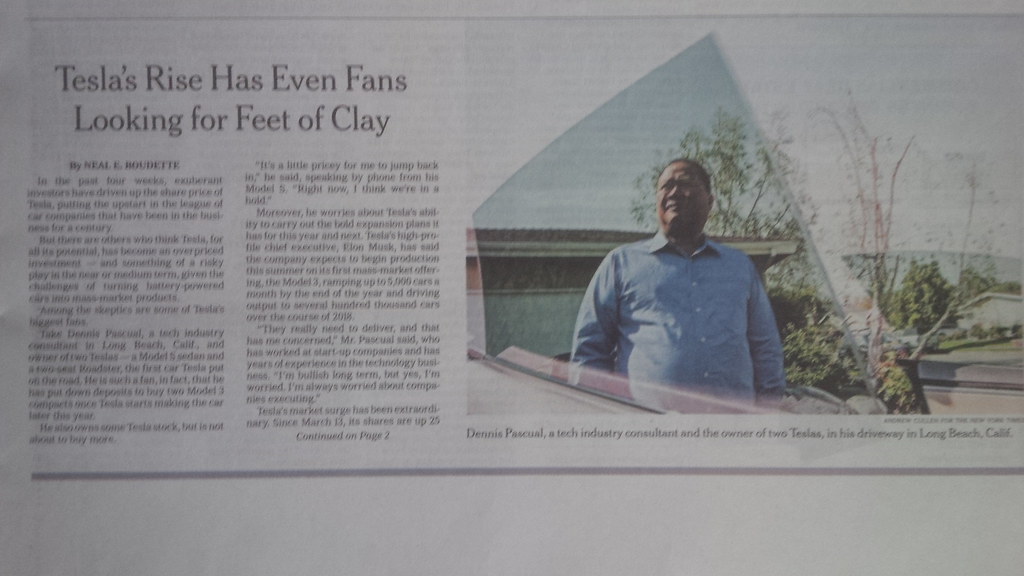 Those that know me well, know that this particular pose and introspection is not how I usually am.  So, it’s rather humorous for people to see me with such a “serious” look. 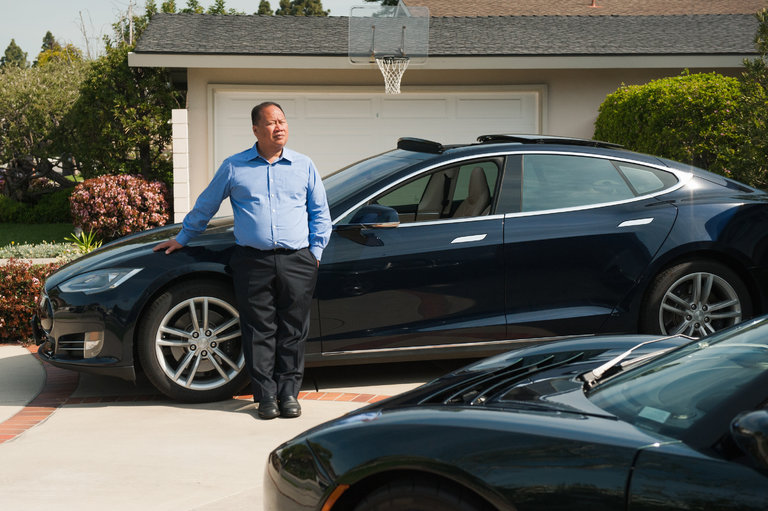 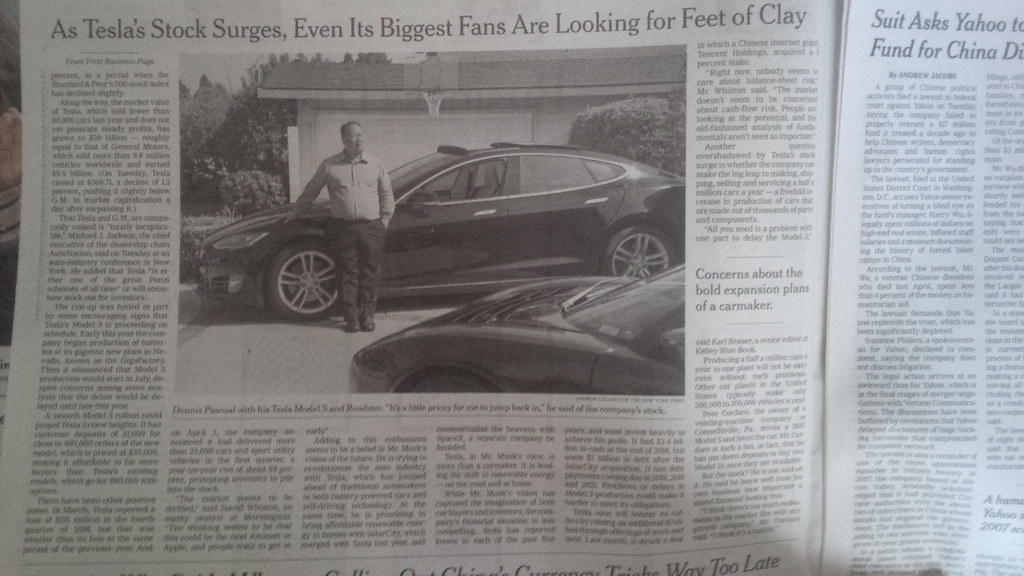 Either way, I was pleasantly surprised to make it onto the New York Times.  My mother is a huge fan of theirs and I’m sure it thrilled her to no end and a week after its publication, I thoroughly enjoyed the attention it has gathered with family and friends.

My favorite story came from my de-facto aunt and uncle (some of my mom’s closest friends) in New York City who reached out to my mother to convey their surprise at having my picture in the paper during their breakfast ritual.  Paraphrasing my uncle to my aunt, “you would never guess who made it to the front page of the New York Times…”  Beats the heck out of being on the wall in the Post Office. 😜