I am drafting this post around 3pm Pacific/6pm Eastern on November 8, 2016 as the pundits and media discuss the initial returns of the current Presidential Election Cycle.  Everywhere else in the country folks are talking about Election Night 2016.  As I write this, we didn’t know who has won the race. The polls in California are not even closed.  It’s been a very challenging election season and I thought that it would be good to step away from all that and focus on something I really like to do.

…and that’s write about EVs and my experiences on this blog.

It so happens that November 8 is a significant day in our family.  It’s the day that we flew up to Fremont to pick up our Model S from the factory and started our ownership of the Model S.  This is one of the big benefits of Tesla, they’re an American company with a factory that actually builds its cars in California.

I did a bunch of “near real-time” posts on the blog that probably would have been best served by Twitter three years ago.  But if you’re interested in following that, just click above and follow the subsequent posts.

I decided to publish this post on November 10 to separate my car’s three year anniversary from Election Day and post-Election Day coverage and to emphasize that US produced electrons from the Sun has done its part to save me money and to ensure that we don’t create more veterans of wars for oil.  Energy independence means less need to go and fight wars, but I digress.

On November 7, 2016, we brought the Model S in for its annual service.  It was originally scheduled for the previous month, but the Roadster has been in for an extended period, so we tried to time it when the Roadster was going to be ready.  We brought the car in with slightly above 66,500 miles and picked up the car and brought it home with 66,569 miles on the odometer. 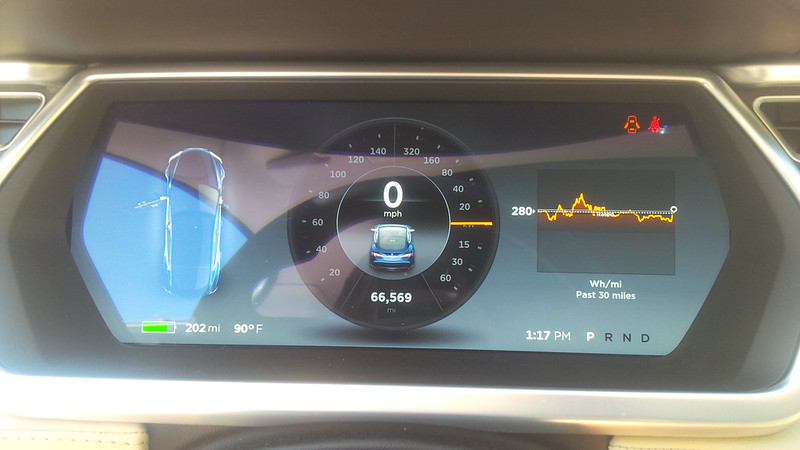 So, what do they do for the three year service?  Well, apparently they match it against the mileage of the car.  Our car got service as if it was a five year old car at 62,500 mile service. 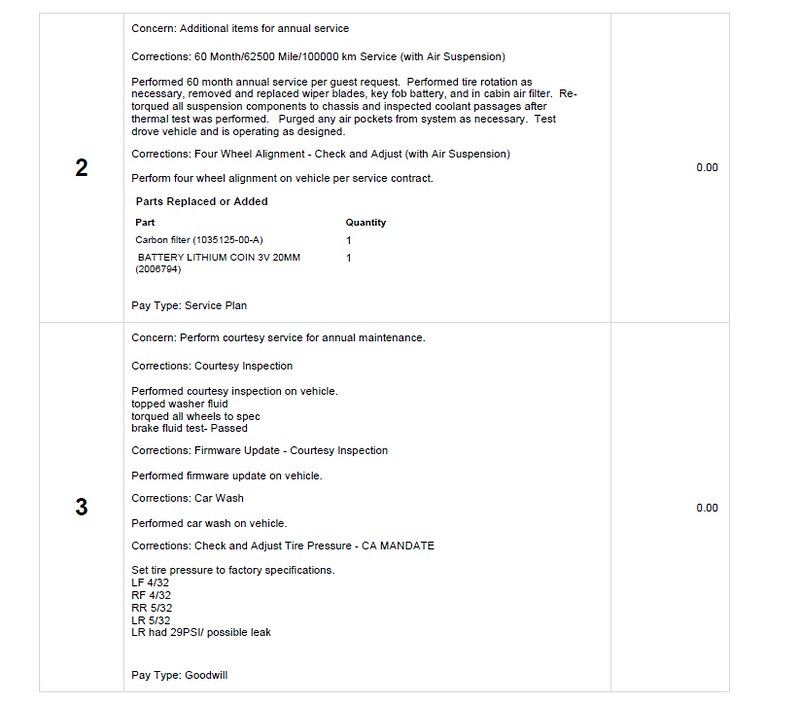 We had prepaid our first four years of Model S service and were charged accordingly.

Ironically, when we were exiting the freeway to drive to the service center, the TPMS warning light went yellow and rather than stop and check it out ourselves, I figured to go ahead and drive to the service center directly and just report the notice to Tesla.  I’m glad to report that even though the tire had a nail in it, and Tesla’s previous policies were to replace the tire, the service center are now patching tires under certain conditions (in a nutshell as long as the sidewall is not compromised.)  We are still on our original set of four tires.  We even added a fifth one (that is usually in the frunk) and that one is at 8/32.  We’ll need to replace those four tires soon (Tesla recommends replacement at 3/32) 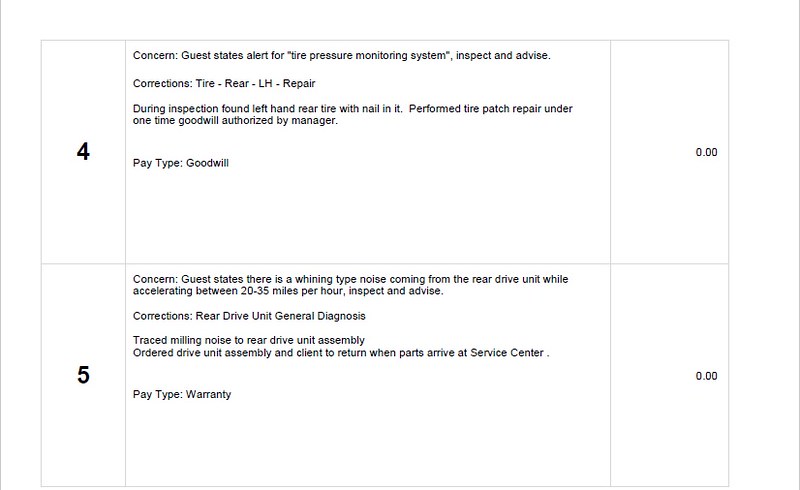 The other thing that we reported to Tesla (and had reported it earlier in the year as well) is the continuing and increasing level of milling noise coming from the motor. Our previous request to repair this noise resulted in Tesla notifying us that the noise was within parameters. The last time this occurred was around 25,000 miles and it resulted in the motor being replaced. The noise is a constant whir that occurs between 20-35 mph (32-56 kph) and gradually lessens (though still existent) as the car approaches 55 mph (88 kph) and then is imperceptible to my ears.  The error was not as bad as the drivetrain failure on the loaner P85D but is quite irritating and I don’t know if it’s a symptom prior to a bigger failure.

This time around, apparently the noise has gotten to the point that Tesla Engineering has approved the replacement and we are waiting for the replacement part to arrive to re-schedule the repair.  Since we just got the car back today, there has not been an estimate on when the service center expects to receive the replacement motor.

In all, the car spent less than 24 hours at the service center and we were able to pick it up “good as new.”

So, how does our three year old car look?  Let’s compare to previous pictures at pickup at the factory. 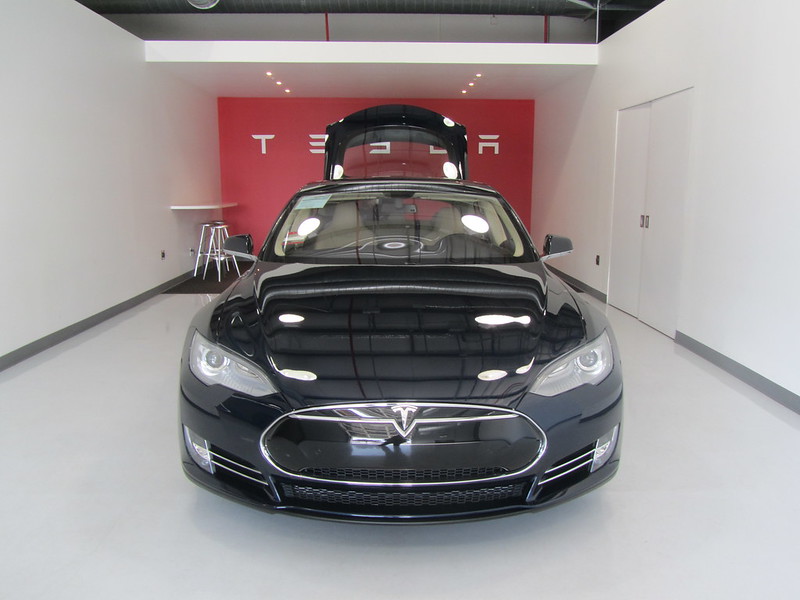 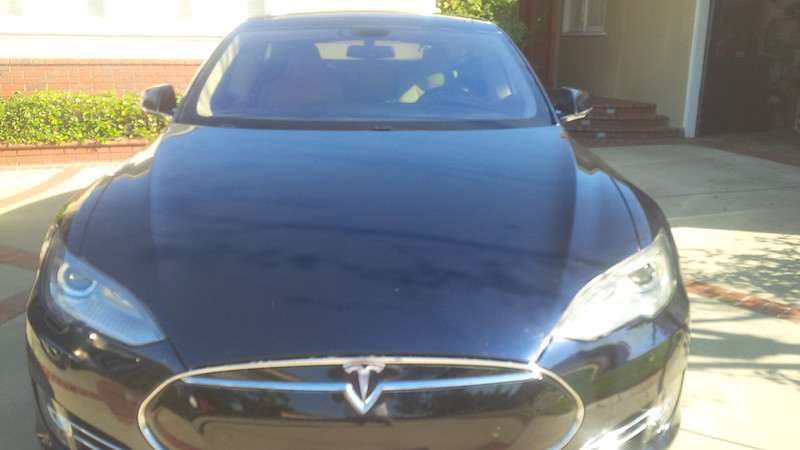 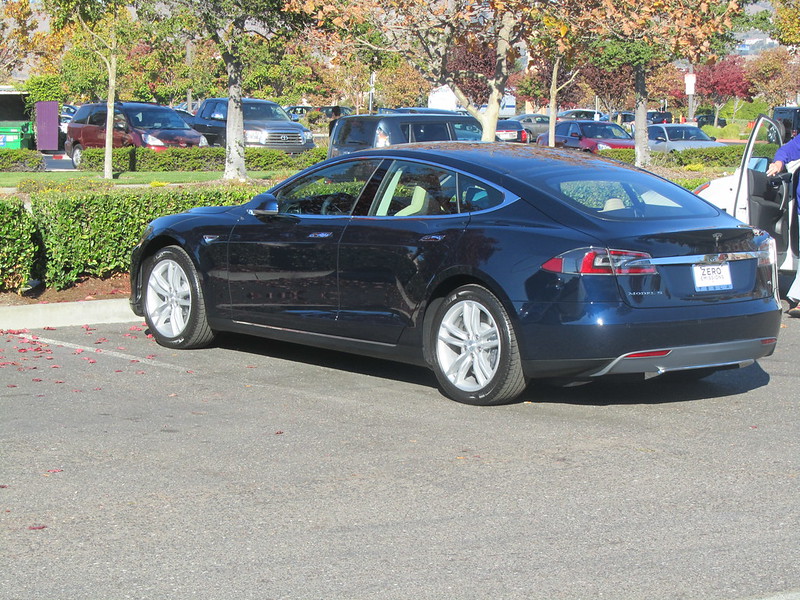 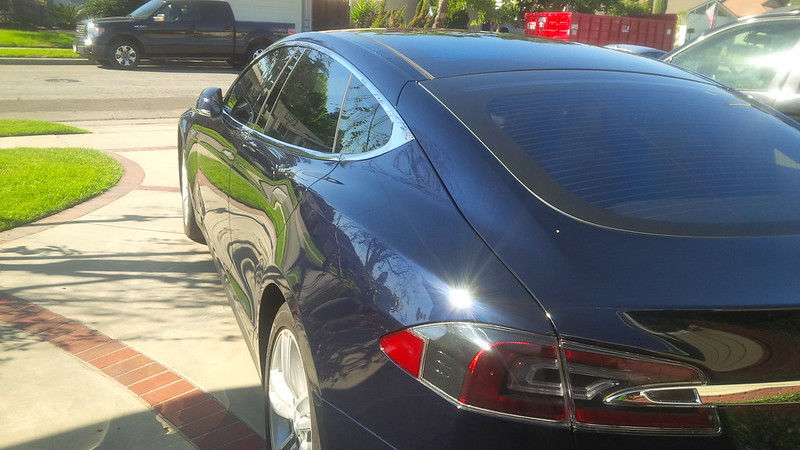 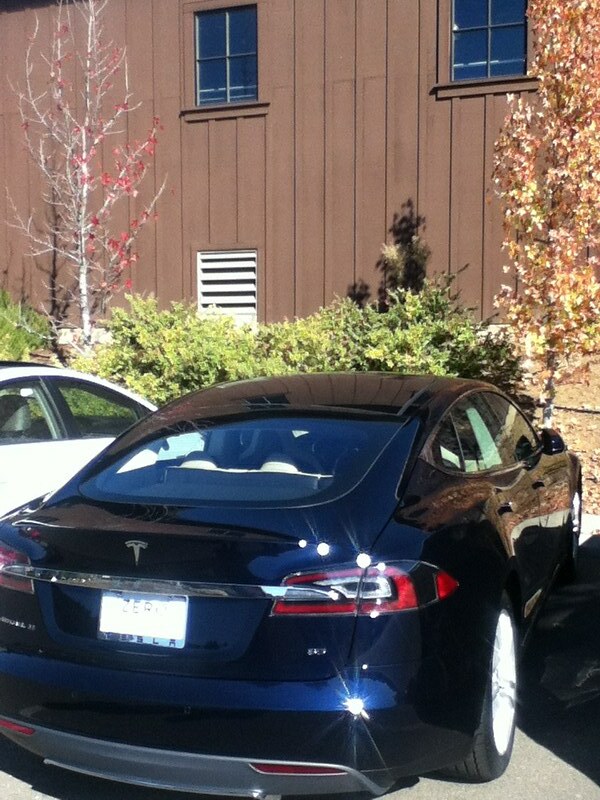 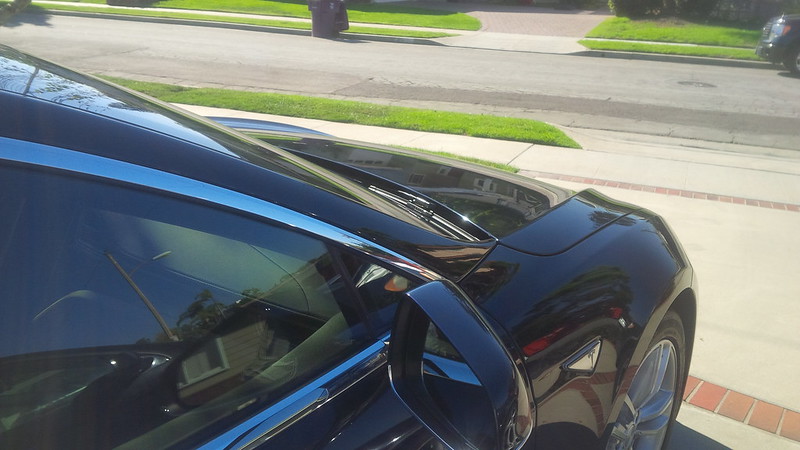 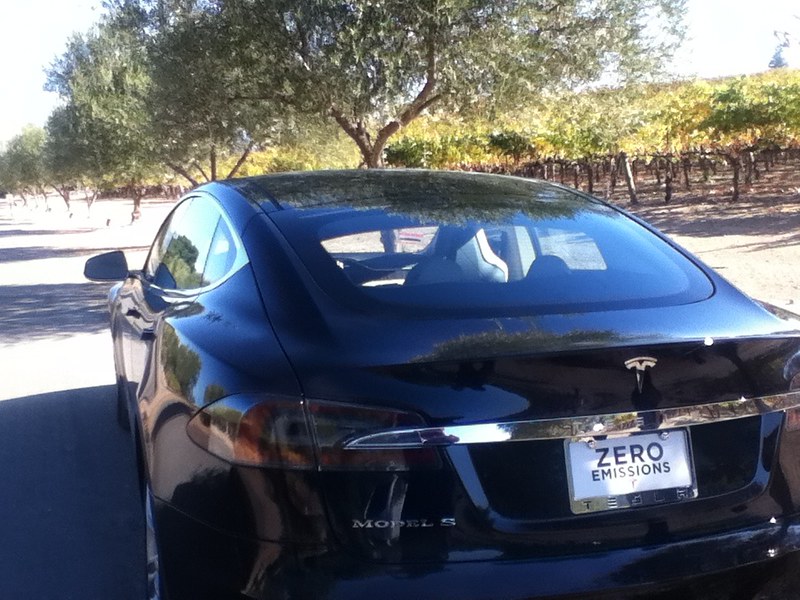 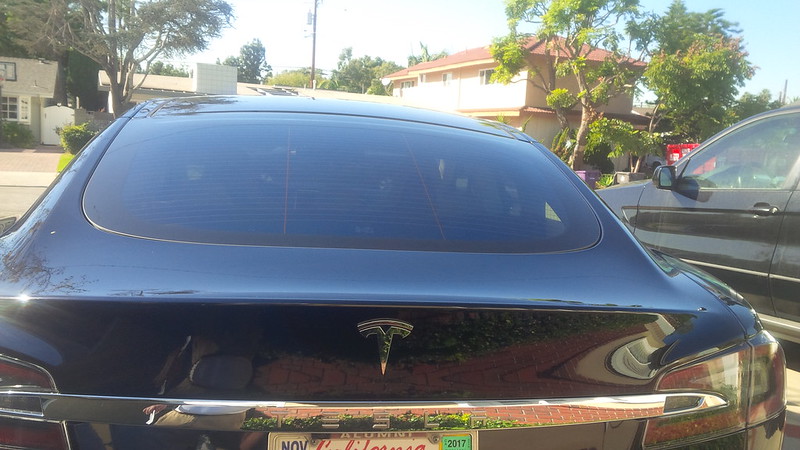 So, our car still looks pretty close to how it looked when we picked it up three years ago. Not bad. In fact, if Tesla had not modified the fascia of 2016 Model S, I would dare say that our car would still look brand new.

With the service that we receive from Tesla, we can hopefully say the same for the car many years to come.