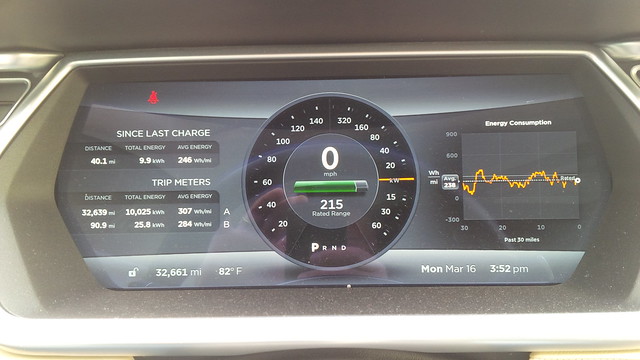 Granted this photograph was after the round trip commute home (which is why the total was actually 10,025 kWh.)

Anyway, kinda anti-climactic after the 100,000 All EV Miles.