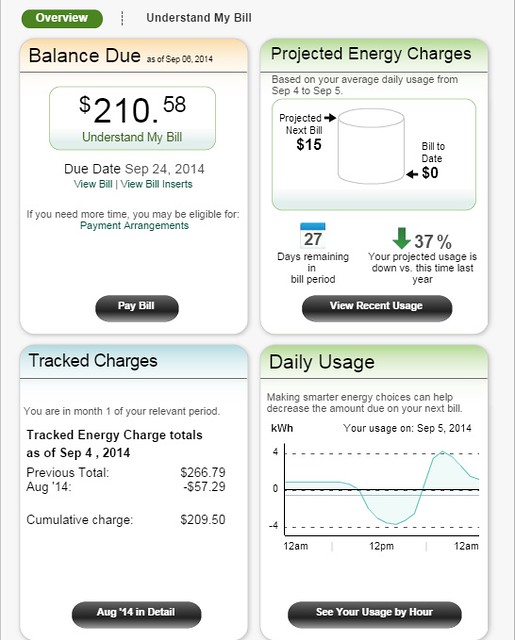 It’s been two years since our PTO was approved, and, as opposed to last year, when all we had was the Active E, we pretty much used at LEAST two EVs, if not three EVs over the past year.

In our first year of Solar use, we had a credit. Which, as we found out, we could not claim. Because, it turns out, SCE’s though we’re credited for the production at a $ rate, with net metering, customers are paid out on OVERPRODUCTION and not on the CREDITS earned. What this means is the system has to produce greater kWh of energy than consumed by the end user. If this is the case, the customer is PAID OUT the power times the wholesale rate of production.

Last year, we had a lot of credit as we primarily used energy overnight (at Super Off-Peak) and produced power during the day (the Peak rate). However, we actually used more kWh of energy than we produced. So, even though we had a credit last year, we were not paid out.

This year. We got our Tesla Roadster in the beginning of September, so, when our second year of service started, we were pretty much using TWO EVs. Then we got the Model S, and we were using three EVs during that time until the Active E was turned back in at the end of February. Regardless, the Model S and Roadster consumed energy at a greater rate than the Active E, so we did use more energy than we produced AND totaled a higher amount than we had been credited. Thus, the bill. Even so, at approximately $20 a month for all the driving that we do, and the home power usage. It’s still a win!

2 thoughts on “So, we got our bill for the second year of Solar usage from SCE.”