On Saturday, September 26th my mom was driving her little blue 2013 Nissan Leaf (OB-8) that she leased on July 2013. An SUV didn’t see her and decided to merge into her lane. The most important part of OB-8’s job was to keep her safe and it did just that. 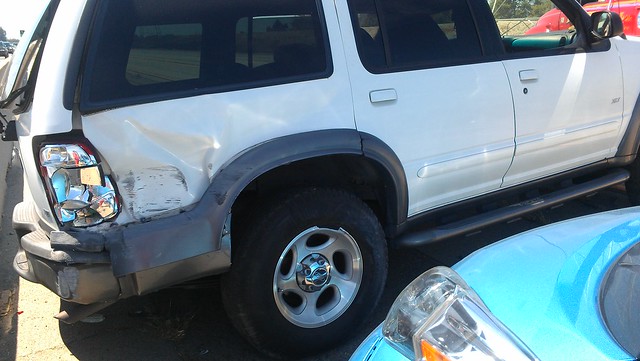 She was unhurt from the accident, she was sad for her little blue Leaf, but in good spirits at her getting through the accident physically unscathed.

Longtime readers of the blog remember welcoming mom to the rEVolution. And like many EV drivers, once you go EV, it’s hard to go back.

On initial review, The damage did not look that bad. 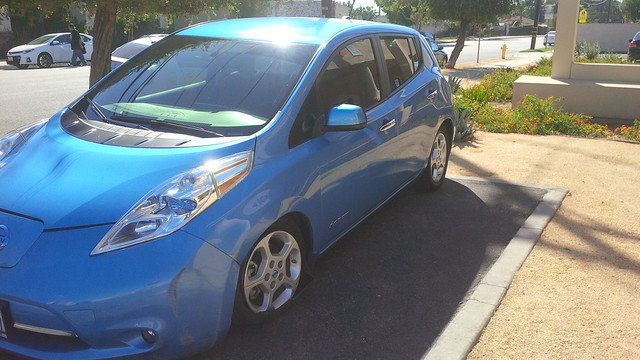 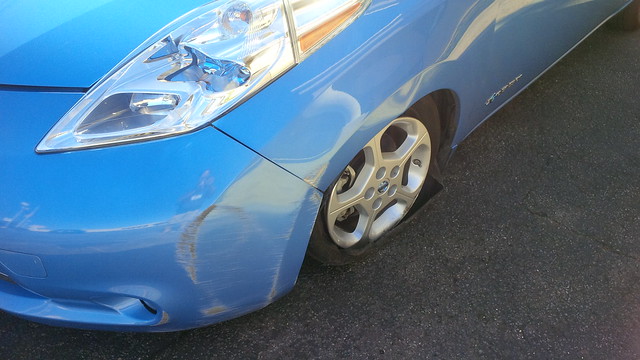 The passenger side looked relatively unscathed. However, between the damage to the car and the depreciated value of the 2013 Leaf, the insurance company declared the car a total loss. 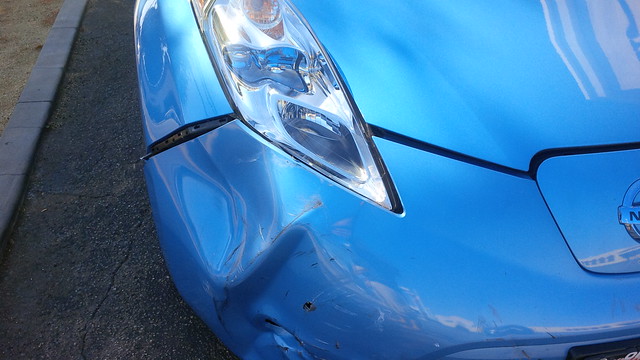 More shots of the car from the passenger side. 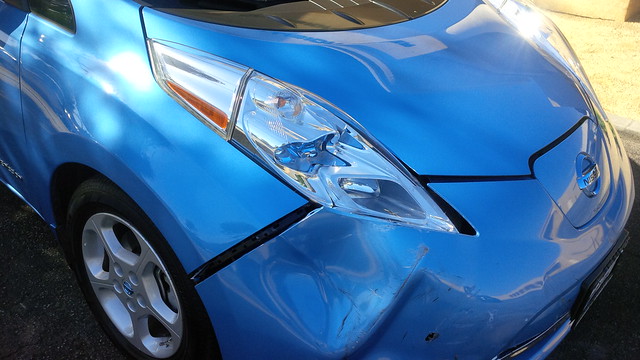 The charge port door was stuck. 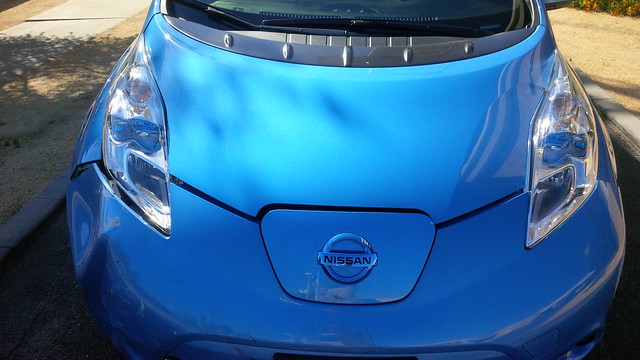 Close up of the charge port door. 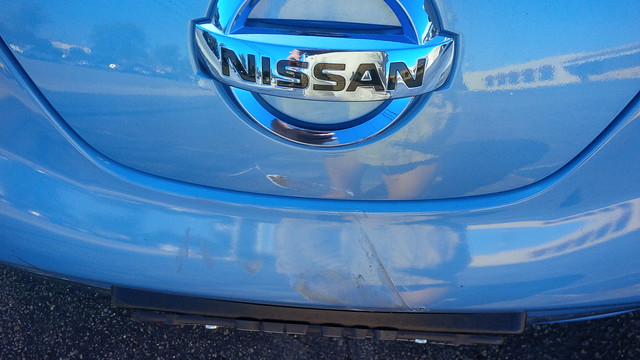 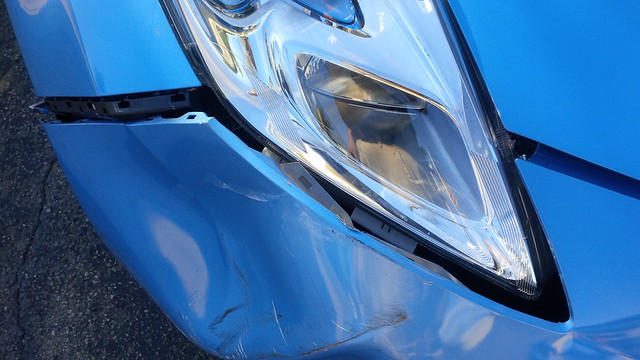 The battery is still in good condition, or at least it still kept its charge. 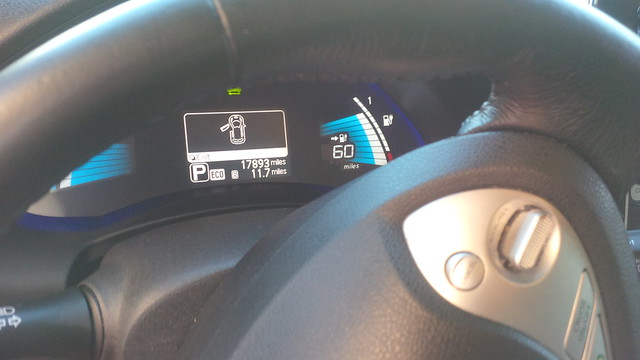 Mom leased OB-8 and the residual value on the statement was about $6,300 more than what the adjuster had valued the car for. We initially were wondering whether Nissan would allow us to apply the $5,000 price reductions that 2013 Leaf lessors were offered a few months ago as a totaled car is effectively bought out.

Luckily, Nissan had Gap Insurance on the car, so she just had to pay her deductible and was able to walk away from the car. Had she purchased the car and not purchased this insurance, she would have been liable for this shortfall on a loan. 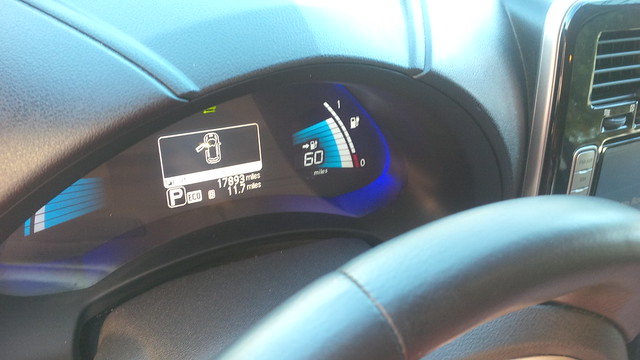 The 2016 Leaf with 6 kWh more in the SV and SL packages seem to be a no brainier, but there are definitely more options. Though mom originally wanted to be able to DC fast charge she only did one DCFC and that was when I trained her on using the CHAdeMO.

So, what’s next? Stay tuned. We’re checking out alternates for her, too bad the Model 3 or Bolt EV isn’t out yet. However, it’s a good thing I started test driving new EV choices during National Drive Electric Week 2015, but that’s another post.